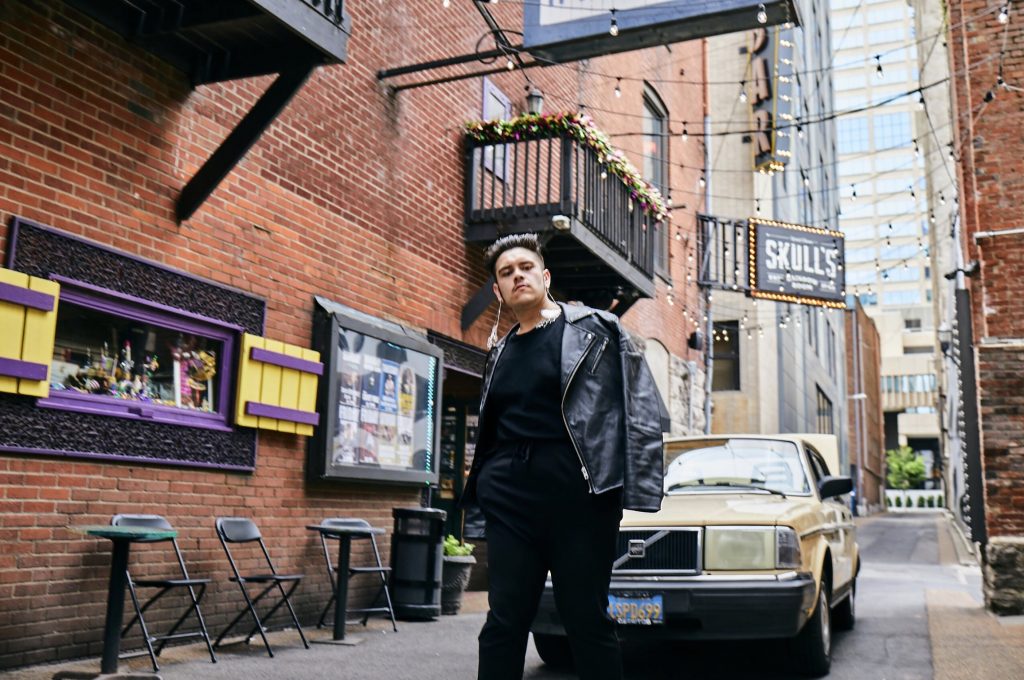 There’s a moment on Blood Orange’s superb fourth album, Negro Swan, where writer, director, actor, producer, and trans activist Janet Mock ends a spoken word monolgue by saying, “People try to put us down by saying ‘She’s doing the most,’ or ‘He’s way too much.’ But, like, why would we want to do the least?” It’s a question that forces us to wonder why some traits—autonomy, eccentricity, confidence—are celebrated when displayed by some people (e.g. white straight men) and vilified when displayed by others (e.g. literally anyone else). To make a sports analogy, why is Serena Williams fined and called “hysterical” when she challenges an umpire, but John McEnroe is celebrated as a “tough” or “passionate” competitor?

We don’t know the answers to these questions, but we do know one thing: we want to celebrate anyone who is doing the most. That’s why we think You Oughta Know about local rapper and online aesthete Internet Boyfriend (aka Charles Martinez, aka Kahlo). Internet Boyfriend’s debut mixtape, 2018’s Bitch in the Black Beret, is a testament to just how much he is doing. On the one hand, the lo-fi, Grimes-esque beats and deadpan vocal delivery remind us of ’90s and early aughts acts like Underworld or Peaches—or even Robyn on a housier track like “Don’t Fucking Tell Me What to Do.” But on the other hand, Martinez (who is currently writing his debut EP, B.B) has this hilarious, often acerbic wit that’ll keep you laughing—and thinking—long after your feet stop moving. A couple of our favorite sample lines from standout single “Problematic”: “Your shit is problematic / Your rhetoric problematic / Your scene is problematic,” and “They say, ‘Kahlo he toxic,’ ‘Kahlo’s unstable’ / Look into that mirror as I cut that fucking fable.”

If you are going to do too much, there’s no better place to do it than in Printer’s Alley. Says Martinez about his favorite area in town: “Printer’s Alley is my downtown guilty pleasure! Skull’s and Dirty Little Secret are always top of my list. One is rich in heritage, and the other is an update in the direction Nashville is going.”

We hope that direction includes Martinez. Internet Boyfriend’s latest single, “I Know (What I Like),” is available May 25, and a Martinez-directed video for the single will be out the following week.