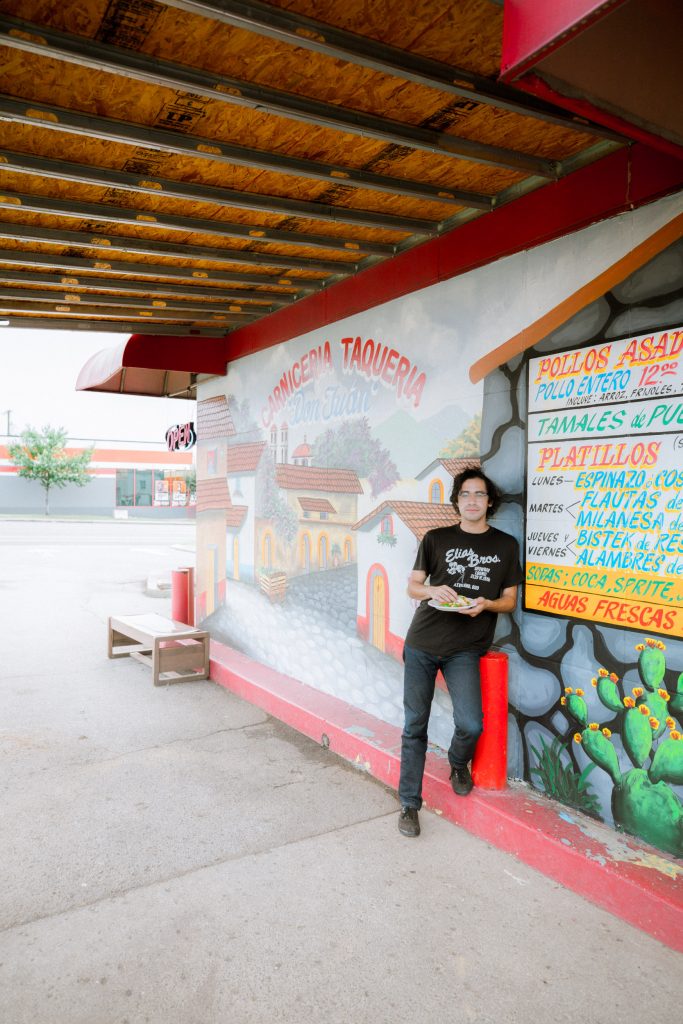 In one of Margo Price’s most scathing songs, “This Town Gets Around,” the past NATIVE cover feature sings, “In this town everybody’s trying / To get a piece of everybody else / It gets hard to tell a real friend from a fake one.” Though the song was inspired by Price’s personal experiences with sleazy Music Row suits, the general message may resonate with Nashvillians in The Industry. There’s a lot of folks in the music business, and lots of them—regardless of their resume or acumen—aren’t always in it for, you know, the music. But then there are the good ones. The ones who have played with, written for, and produced just about everyone in town simply because they’re insanely talented souls who expand our city’s sound.

Juan Solorzano is one of the good ones. Since departing from indie country-ish outfit Night Beds in 2014, Solorzano has played with Becca Mancari, Caleb Groh, Brooke Waggoner, Charlie Whitten, and too many more to list. He’s also produced Cale Tyson’s highly anticipated follow-up to 2016’s Careless Soul, and he shares production credit with COIN’s Zachary Dyke on Molly Parden’s upcoming 2018 record.

But it’s Time Machine, Solorzano’s solo debut, that we’re most excited about. Trying to describe this record is truly daunting. Yes, there’s some Sufjan here, maybe some Nick Drake there, even a little Brian Wilson at moments, but it’s really Solorzano—totally untethered sonically, immersing us in the lonesome, warped sound that, up until this point, we’ve only heard in flourishes via his production. This is an epic, widescreen LP, folks, which is surprising considering Solorzano produced, engineered, and played most of the instruments on it in his bedroom. Simply put, we can see why this guy gets around.

So what does Solorzano do when he’s not creating genre-bending, mind-blowing, coming-of-age albums? He eats tacos, of course. “Don Juan makes the best tacos in town,” he says. “When I lived nearby, I ate here so much that he even invited me to his son’s wedding.”

For the whole wedding party’s sake, we hope Don Juan invited Solorzano to play a little music too.