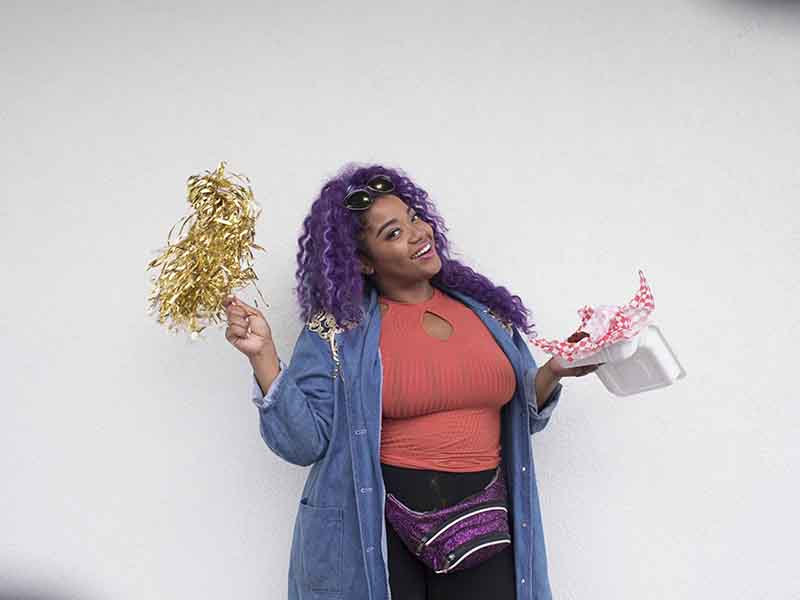 Listen, we’ve got nothing against the reliable classics. Some stuff—The Wire, Wendy’s Spicy Chicken Sandwich, Prince’s discography pre-1990—is just objectively good. But after you’ve watched The Sopranos for the fifth time and you’ve shamefully made your way through every one of Arnold’s daily specials, you start to crave something different. Something familiar, but with a bit of a twist, like trying out your Waffle House hashbrowns “capped.”

That’s how we view local R&B singer Saaneah’s music. Sure, While You Wait, the North Nashville native’s debut EP, has a little D’Angelo here, a little Badu there, but there’s something fresh about the project. Maybe that’s because Saaneah has spent years honing in on an original sound and style—she was on American Idol in 2008 and modeled for American Eagle earlier this year—or maybe, like us with our hashbrowns, she just got tired of the same old thing. Whatever the case, through Bey-esque inflections and production that is equal parts Marcus Miller and Metro Boomin’, Saaneah manages to recall ’90s neo-soul without being defined by it.

It’s fitting, then, that the singer chose The Southern V, a vegan spot that reimagines classic soul food, as her favorite local restaurant. “Supporting black businesses is very important to me—I want to bring awareness to all black businesses in Music City and beyond so that they can thrive,” Saaneah says. “Plus, I was raised vegan so it really caught my attention. The flavor of the hot chicken warms my soul. Who doesn’t want food that warms your soul?”

If you want some music that warms your soul, we suggest checking out Saaneah.

An expanded edition of Saaneah’s debut EP titled While You Wait Reloaded will be available November 15.