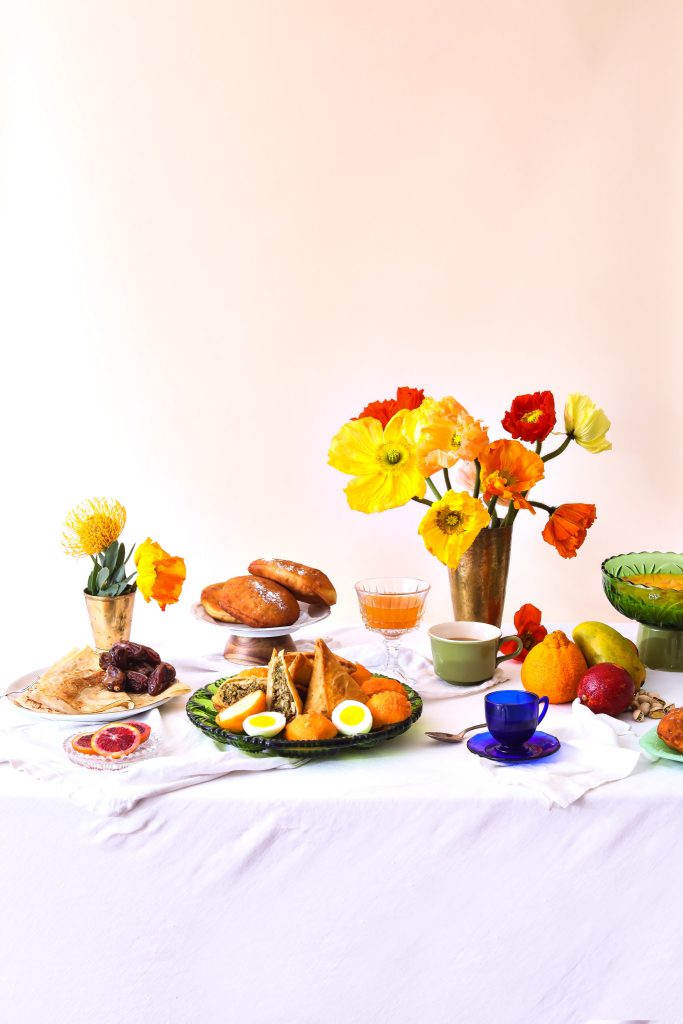 The faded signs above this parking lot on Murfreesboro Pike reveal changing times. Most of the stores listed are long gone. Balkan Express is no more—in its place, Barwaqo Halal Market. This corner of southeast Nashville near the Lane Motor Museum and Nashville School of the Arts is one of the more diverse parts of the city, and the area is home to most of the city’s Somali immigrant population. Many of the two thousand or so Somalis currently residing in Nashville originally settled here after fleeing their country’s vicious civil war, which began in the early 1990s.

Some readers may recall scenes from the capital city of Mogadishu: jeeps overloaded with heavily armed troops. The lawless anarchy of a failed state. Chaos. Brutality. Bloodshed. The war killed an estimated half a million people, and occasional violence continues to flare (including recent American drone strikes). I can understand why someone might want to seek out a safer, more peaceful life.

A black banner spreads across the brick wall in front of me: THE HORN COFFEE. Ahmed and Zakariya Sayid welcome me into a space that’s meticulously cared for. The walls are crisply painted, and the north-facing windows are spotless—all the better to watch the crawling procession of commuters. Ahmed and Zakariya are co-owners of The Horn along with their father, Hassan Rasul. They make a world-class chai. They’re also Somali refugees. 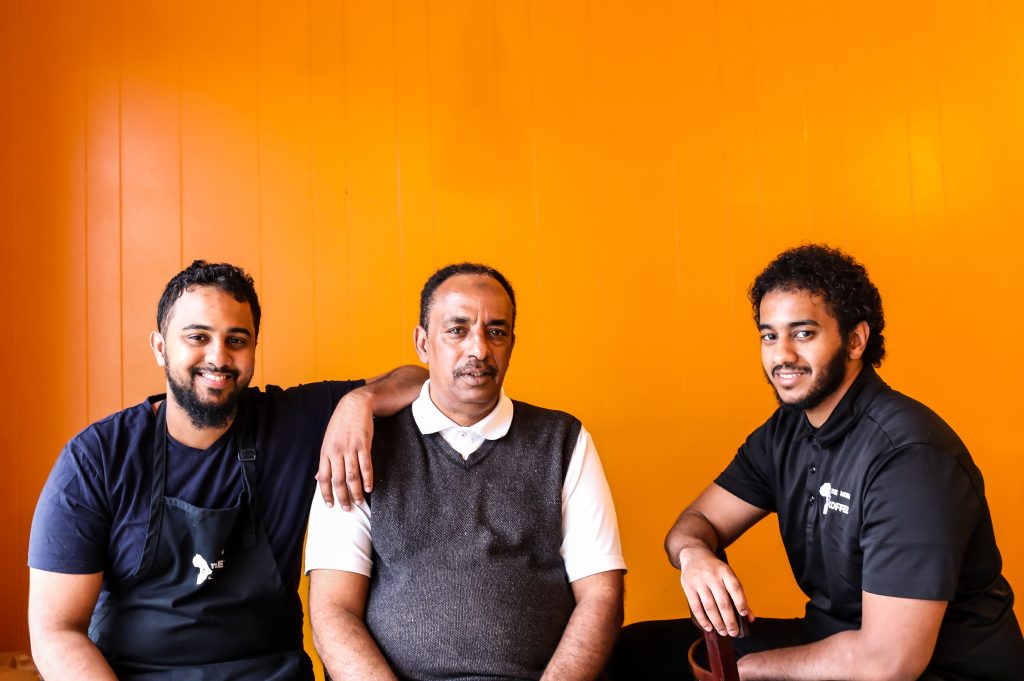 Though they were young at the time, Ahmed, who’s twenty-seven and the oldest of nine siblings, remembers the early years of their flight. “When the civil war happened in Somalia in 1990, we went from Somalia to Nairobi, from Nairobi to Mombasa, and we stayed in Mombasa for five years.” Mombasa, a Kenyan beach town on the Indian Ocean, is a well-known tourist destination. “It was beautiful,” Ahmed recalls. “But you’re still a refugee.”

The family arrived stateside in 1996 with the support of a Catholic Charities refugee program. When I ask how and why they ended up specifically in Nashville, Ahmed gives a wry smile. “We had no choice. We were part of a lottery picking . . . We were supposed to stay in New York at first, but New York was over-congested with immigrants. In the South, there weren’t a lot of immigrants. Nashville wanted to become diverse and they started taking in immigrants, so we were the first wave of Somalis that came to Nashville.”

The Sayid brothers have nothing but love for their “chosen” home, but the family’s twenty-two years in Nashville haven’t all been easy. They dive into their tale as I take my first bites of their sambusa, a stuffed savory pie (a.k.a. samosas in India). Bursts of cumin, garlic, and curry overwhelm my senses. It’s marvelous. And it’s only $1.60! It takes effort to avoid getting lost in culinary delight as I listen to Zakariya. “We left Somalia to live in the projects, just to see more gunshots.” Here Ahmed jumps in, as he and his brother are constantly finishing each other’s thoughts. “When we first came to America, we lived in the projects for four years. Shelby. Ugh.”

Zakariya follows up. “We moved out. It was too much.”

“My dad was like, ‘I left a war country for another war country!’” Ahmed exclaims.“We had a bullet fly through the window—twice! When Mom was pregnant.”

He sets the scene. “Mom was pregnant. Looking out the window, a bullet goes right here”—he draws a path across his face—“Barely. And it goes into the fridge!”

Zakariya recalls what his distraught mother, Safiya Hamza, said then: “‘I remember when I had you. There were gunfights, and you could hear the missiles outside.’ And she was in labor with me!”

The family did eventually find safer housing, but there was some violence they couldn’t escape. I ask Ahmed about being an immigrant in the South; though Nashville is more diverse today, it wasn’t exactly an international melting pot back when the brothers were teenagers. “My first experience of feeling like an outsider was the day of September 11,” Ahmed tells me. “I walked into class, I’m a little bit late . . . The whole class is staring at me . . . Some of the kids are like”—Ahmed slips from his lightly accented English into an exaggerated Southern drawl—“‘Is that your people that’re doin’ that? This what you guys’re doin’?’” Thankfully Ahmed’s teacher quickly came to his defense. “The teacher’s like, ‘Hey! Don’t do that! Don’t say that to him! You guys are rude!’ . . . It lasted for a few days, but luckily the teachers were really good.”

Ahmed also shares a time he didn’t need the teachers. His name was Daniel. “That’s the first person I ever gave a black eye to. And a bloody nose. Cause I’m not a fighter. But if you mess with me? I won’t mess around . . . Danny used to call me turban-head. And a sand n*gger.”
Back in seventh grade, he didn’t even know what those words meant. “And one day he pushes me like, ‘Hey, sand n*gger! You wanna fight?’ We’re in the hallway. All the kids are right there.” Here Ahmed pauses, takes a breath for dramatic effect. “I used to watch a lot of WWE.” He chuckles, shaking his head. “I used to practice, me and my brothers and cousins. We would just go at it . . . You best believe that worked! I literally started throwing WWE moves on him! He never messed with me after that day! I’ll never forget Danny.” 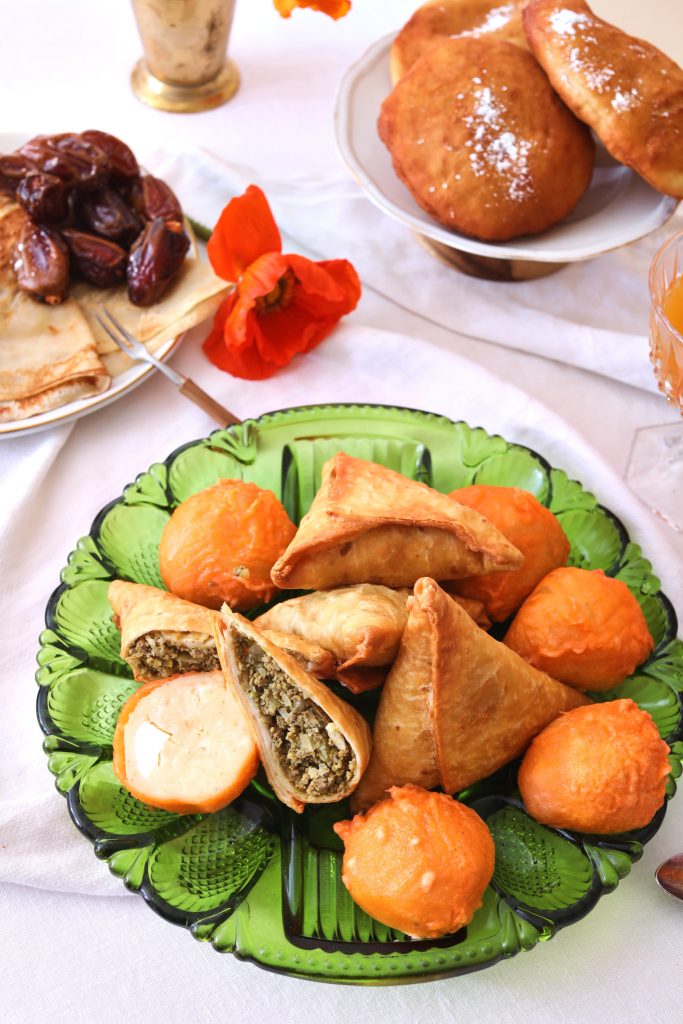 From Mogadishu to Mombasa to Murfreesboro Pike, Ahmed, Zakariya, and their siblings survived their journey relying on strong familial ties. Those bonds remain firm—not every family could run a business together without killing each other, and in my presence at least, the brothers are loving and kind. After years of living under the same roof, Ahmed was the first to leave when he married, but even then, he only moved across the street. Zakariya snagged an internship at Boeing and fell in love with Seattle, but he returned to help open The Horn. He considers the fifteen-hours-a-day, seven-days-a-week schedule that the business demands. “Why am I workin’ so hard? It’s for family. It’s for my dad. It’s for my mom. For my siblings. So they can be in a better place later on.”

I’m so engrossed in the brothers’ stories that I’m forgetting their food. I pick up my nafaqo, a piece of hard-boiled egg packed in seasoned mashed potatoes and then deep-fried. The crispy exterior gives way to a silky, richly flavored interior. It’s quite a snack for just a buck and a quarter. I wash it down with a sip of Somali chai, sweet but not too sweet, redolent with cinnamon, cardamom, and ginger. Given all the love that goes into their food and their tenderness and respect for each other, I’m surprised when Ahmed, with a mischievous gleam, tells me of the founding of their cafe: “The Horn Coffee started out of spite.”

A few months later, near the end of 2014, the family opened The Horn Coffee, serving the same goods—but this time at their own prices. Initially, the shop drew a dedicated crowd from their immigrant community. Their entire clientele was Somali, but it didn’t last. By Zakariya’s estimate, 75 percent of the Somali population has departed Nashville since 2014, driven away by skyrocketing rents. Nearly all their childhood friends are gone. But Zakariya sees a silver lining in their need for a broader customer base.
“We’ve met a lot of new friends in the Nashville community that aren’t Somali. They come and we introduce them to East African food. And with today’s social climate, the negative political climate, it kinda helps us show everybody. We’re Muslim immigrants and we’re from a country that’s on the banned list, but we’re just like everybody else. Just chasing the American dream.”

Business is steady, if a bit slow, on the stormy Monday I’m visiting their shop. A foursome of students from nearby Trevecca Nazarene has their laptops spread across the table next to mine, and they can’t stop gushing about the place. Justienne Coronel calls the nafaqo “life-changing” and the Somali chai “amazing!” Though the group only discovered the cafe a few weeks ago, Joie Jordan says, “We fell in love with it. We’re here two, three times a week!” From another table, friend of the Sayids Israel Hernandez shouts, “Yo, this broccoli is off the chain!”

Taylor Flemming shares his experience as one of the first white Americans to patronize The Horn. “It felt very welcoming. I loved hearing their story. They told us their story about where they came from, and it felt really personal. A lot of it is just feeling connected to them and wanting to support them.” Flemming points out his favorite dish, the gyro fries. Soon I’m digging into a massive plate of crunchy fries covered with expertly singed gyro meat and slathered with various toppings, with sides of in-house ranch and chipotle sauces. The serving is large enough for two, if not three, but it’s so delicious, the perfect hearty food for a cold, rainy day, that I struggle to stop myself from finishing the entire dish.
“Looks like you lost some weight,” Ahmed calls out to a visiting cousin. “Let The Horn get you fat!”

The Horn’s customers are all ages, races, skin tones. Ahmed and Zakariya still cater to what’s left of their immigrant community, but they’ve also created a space for Nashvillians of all backgrounds to connect over Somali chai and piping hot mandazi. Zakariya is inspired by the exchange. “What makes you love it is the times when you introduce the food and the tea—people have never had this type of food. Their reaction is what makes you wanna keep going . . . When I see more Americans here, I’m showing them a different side of a culture that is demonized. Everyone that comes in here, they’re like, ‘Man, you guys are awesome.’ And they’re awesome people. Our customers are awesome as fuck! Forgive my cursing.”