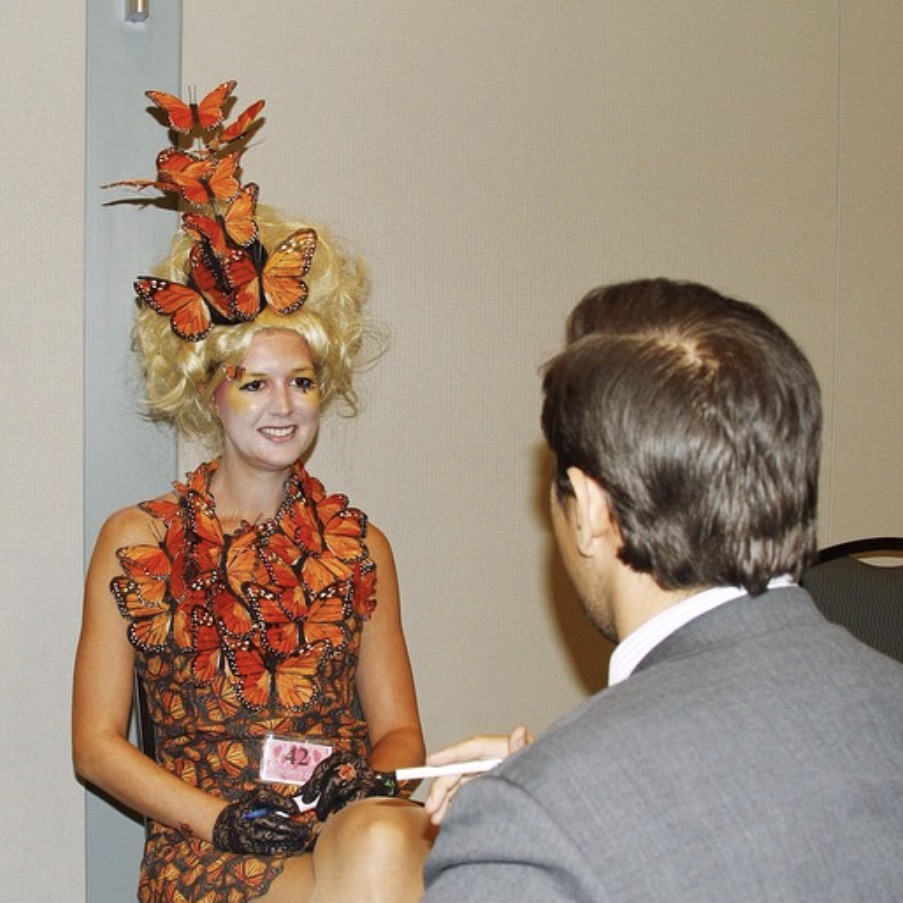 The following is a list of items you might expect to procure at Comic Con: lousy merch shirts, Harry Potter wand replicas, an autographed bag of pebbles from the guy who played the rock monster in The Neverending Story, a bottle of Romulan Ale. But I went to Wizard Comic Con this past weekend, and all I got was this not-so-lousy piece of paper with girls’ phone numbers on it. This is an abbreviated recollection of a long and sometimes uncomfortable day searching for a nerdgasm, love, or maybe even both.

“Your mouth says, ‘shields up,’ but your eyes say, ‘a hull breach is imminent.’”

If you’re not familiar with Comic Con, I can sum it up in one word: great. I mean, what’s not to love? There are Game of Thrones and The Walking Dead fan panels, workshops with renowned illustrators and writers, booths selling stuff from the strangest recesses of pop culture, celebrities from that show you watched growing up, and people cosplaying (look it up if you’ve been living under a rock). You name it, Con has it.

But perhaps greater than any of this is Con speed dating.

I spent my first hour searching for the speed dating signup table, because as it turns out, I do not know how to read a map. Once I finally got there, I found a busty Captain America waiting to enlist would-be soldiers in the fight for Con romance. My initial plan was to simply learn a little bit more about what Con speed dating entailed, but the Captain was persistent. In a matter of minutes, I was walking into the dating room like Aragorn approaching the gates of Mount Doom.

Princess Leia: “I Love you.”

I will not lie, I was pretty cavalier walking in. I thought, I’m a pretty man, and these other guys probably can’t even talk to women anyways. I had a suit on, I smelled nice, and I was confident in my abilities to talk to strangers (since I do it frequently for work). I thought it’d be easier than shooting womp rats from a T-16 Skyhopper.

But when women started walking in, I had a terrible realization: when the pressure’s on, I actually can’t  always talk to women. Oh my God, I thought, I did NOT think this through. At about this time, a certain cosplaying woman walked in the room. It just so happened that she was the same cosplaying woman I had been noticing all day (I won’t disclose her identity because there’s hopefully a relationship/Star Trek–themed wedding in our future). I was totally flustered.

That is what the moderator exclaimed as we got underway—and he was right. Every three minutes we moved seats like the nerdiest game of musical chairs you have ever seen. I was beginning to sweat as I got closer and closer to my Con crush. Before I knew it, I was in front of her: Number 42.

I immediately started saying dumb shit. She complimented me on my eyes, and I quipped, “I got them from my grandpa—reached right into the casket and snatched ‘em up.” Next, I admitted to not knowing the name of her character, which I assume is a major faux pas in the Con world.

The buzzer sounded. Time was up. Now we had to write down our matches and see if anyone gave us the proverbial swipe to the right.

I walked out of the room holding a piece of paper with several numbers scrawled on it. I ducked down a hallway, eager to see if 42 was on my list. She was. Bad news is, she wrote down an illegible email address. Good thing I’m a Facebook stalker extraordinaire.

Apparently many people within the Con community meet this way, and I can see why. Meeting people who share your common interests is refreshing—even if you are meeting them in a contrived setting.

I don’t know if I’ll get a date out of it, but I do know that Sci Fi speed dating was more enjoyable than staring at my phone screen, swiping left, and wondering why every girl has either a dog/boyfriend/child/horse in her profile pic.

To learn more about NATIVE’s panel at this year’s con, click here.