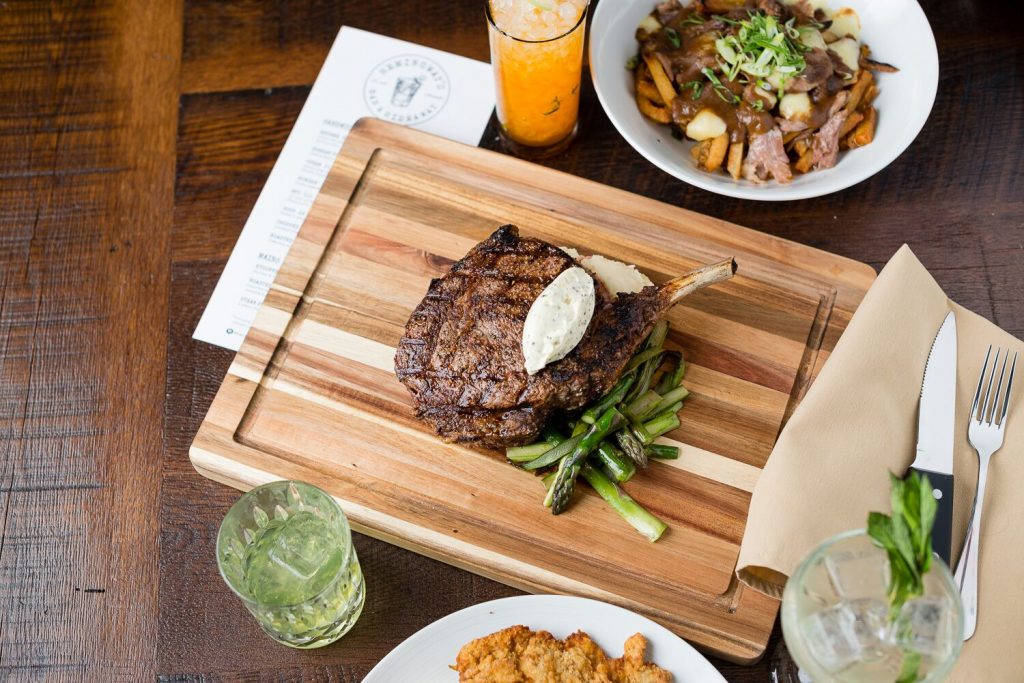 Ernest Hemingway was a worldly man, and his travels are well documented. He found inspiration on the move, from Pamplona, Spain, where he watched and wrote about bullfights, to Ketchum, Idaho, where he put the finishing touches on For Whom the Bell Tolls in 1939. The changing scenery provided fodder for his writing, but Hemingway often returned to the places he loved the most. He kept a now-famous home base in Key West, Florida, and later lived in a Cuban farmhouse overlooking the hills of Havana, where he stayed for more than two decades.

For the owners of new Wedgewood-Houston restaurant Hemingway’s Bar & Hideaway, opening their own place feels like coming home, though both Chris Weber and Paul Cercone have an appetite for adventure.

“I have a tendency to jump out of airplanes,” Weber says, laughing. He’s sitting at the enormous wooden bar, wearing a T-shirt that reads “Bourbon for President.” He drove cross-country to Seattle when he was twenty-five and lived there for a few months before traveling the world, spending time in Venezuela and rock climbing his way through China, all the while working in restaurants. He moved back to Nashville from San Francisco in 2013, eager to put down roots in his hometown.

“Now I’m thirty-five years old and I’m back in Nashville where I grew up and can give something back from all that, because none of that would’ve happened had I not grown up here,” he says. “I attribute a lot of who I am and where I am to my folks and how they raised me here.” 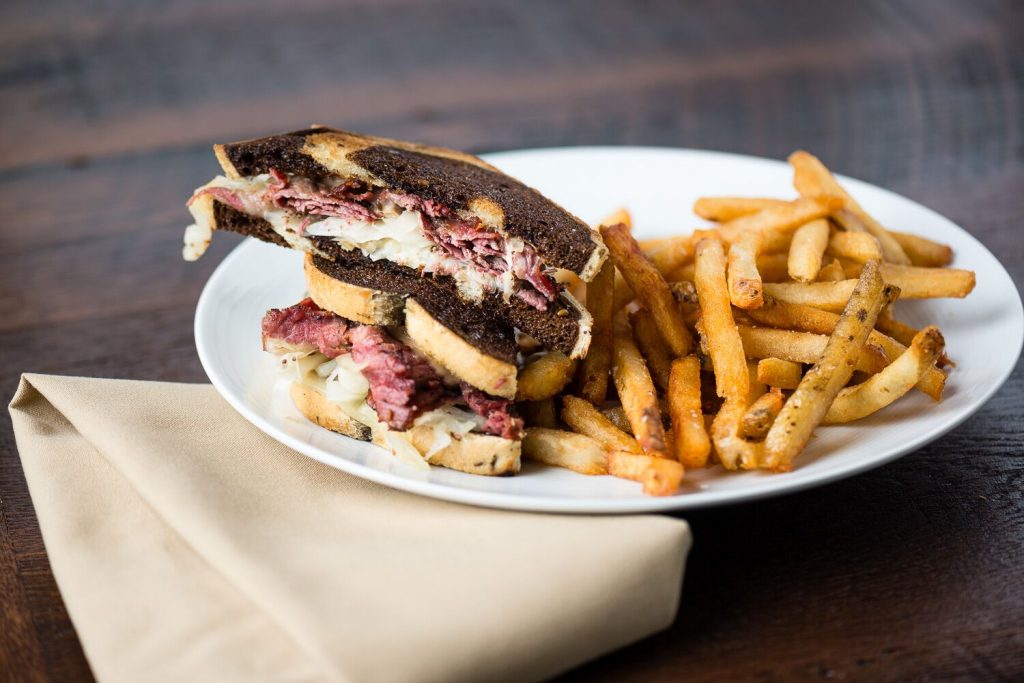 Weber started looking for a restaurant space and found their current 3,200-square-foot location in 2014. Having studied literature and English in college, he liked the idea of a bistro-style restaurant and bar with literary flair. He brought the idea to SILO cofounder Paul Cercone, whom Weber met when he was bar manager at the Germantown restaurant.

Like Weber, Cercone spent years traveling. He met his wife in Japan, where he lived for three years, and proposed in a Tibetan village in the Himalayas on Christmas Eve. Originally from Buffalo, New York, he moved to Nashville fifteen years ago, then took a detour to Charleston, South Carolina, where he opened an artisan bakery. He moved back to Nashville in 2011, but after years in the infamously brutal restaurant industry, he craved a little levity at someplace more laid-back.

“I was at the bar one night and [Chris] was working, and there was a woman at the bar thanking him for being so kind, and his reply was, ‘Well I don’t know how to be any other way,’” says Cercone, who is wearing a T-shirt and jeans. “In this business it can get rough and tough and people have a lot of expectations these days, but I think we want to have some fun.”

Hemingway’s is a week away from opening, and the space is abuzz. Members of the construction crew work outside, deliveries arrive, and someone plays music intermittently to test out the speaker system through which guests will hear playlists and the occasional Hemingway audio book. The building—complete with exposed brick walls and hardwood floors—used to house a hosiery mill in the 1800s. Weber and Cercone updated the space with the architecture and design team at Earl Swensson Associates. They added glass chandeliers and custom wooden tables made from the original floor joists, giving Hemingway’s a timeless feel. “It’s like if a library and a factory had a baby,” says Weber.

But even with years of experience working in restaurants between them, the guys found the process challenging, especially with so much interest in Music City from out-of-town investors. 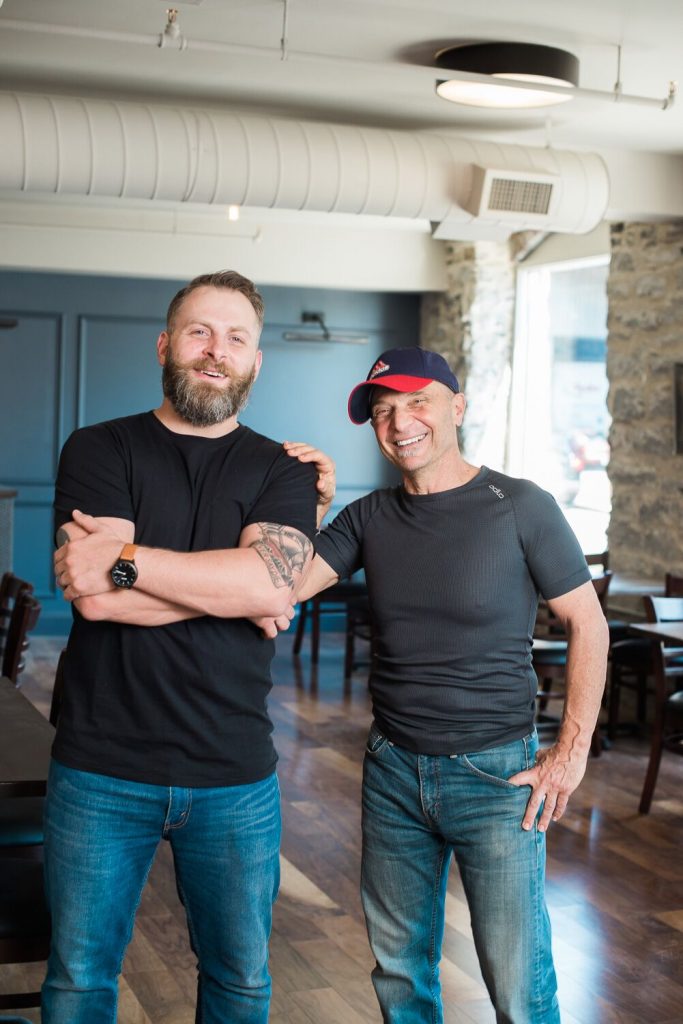 “I’d have to say, for two local guys to be pulling something off in Nashville now, it’s really hard,” says Cercone. Weber wrote the business plan, something he’d never done before, and recalls researching legal jargon on his phone outside his lawyer’s office before meetings. Then there were random unforeseen obstacles, like when custom-made glass arrived shattered in its packaging. They persevered though, celebrating small victories as they went, like the day they got speakers installed in the bathrooms. “It’s just things like that that get you through to the next big thing,” says Cercone, laughing. “Like, ‘Oh, we have music in the toilets. Okay, I’m ready to fight again.’”

They also had to get approval to use Hemingway’s name, and they established a rapport with the team at Papa’s Pilar rum, which is named after the writer’s fishing boat and was developed with the permission of his estate. They plan to use the rum in a number of cocktails, including the Hemingway Daiquiri, a mixed drink with grapefruit juice and maraschino liqueur. It’s inspired (but not authored) by the man himself, and they’ll have it on tap at the bar.

The cocktail menu will read less like a list and more like a collection of short character sketches. Instead of listing the ingredients, they decided to describe each drink in a sentence or two while only identifying the base spirit. They want people to look through and decide which drink sounds most like them.

“I just thought it was a little more fun,” says Weber. “You’re walking into a place called Hemingway’s. We need you to read just a little bit.” They’ll also have a selection of beers, wines, and other specialty drinks at varying price points, in an effort to stay true to the unpretentious, something-for-everyone vibe that Weber loves about Nashville.

“In here, things are just a little bit slower and you hold the door open for somebody, you know?” says Weber. “You see somebody that needs a jump in the parking lot and you go, ‘Oh, man, you got some cables?’ . . . There’s a Nashville mindset that is still hanging on just a little bit, and we’re really trying to make sure that stays.” 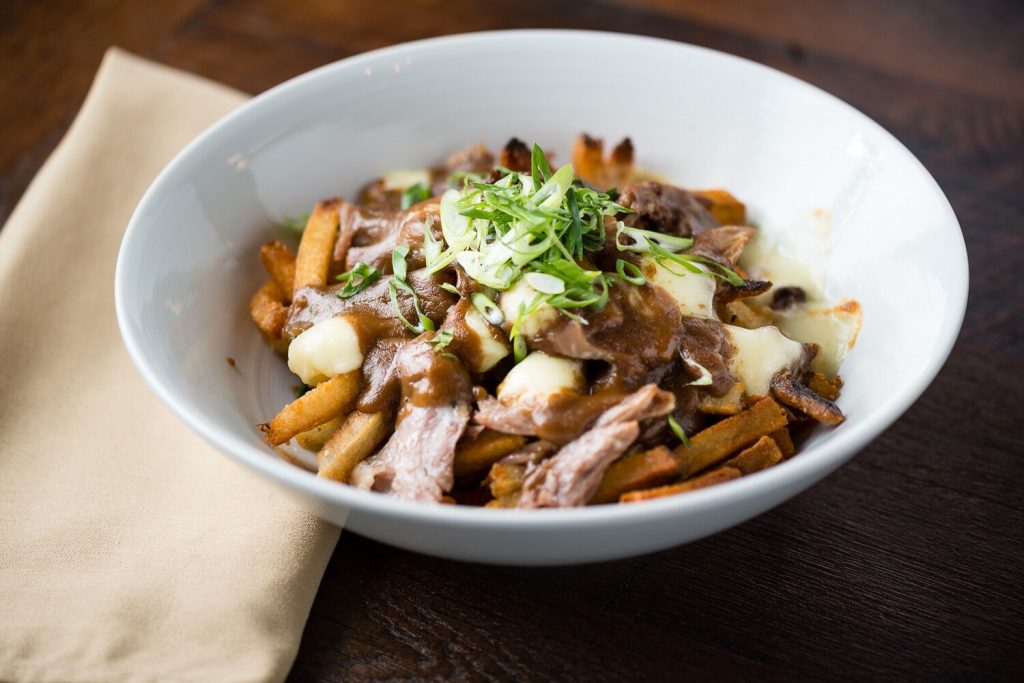 Former SILO executive chef Larry Carlile will head up the kitchen, which will serve lunch, dinner, and some special late-night bar snacks. When it came time to choose the items on the menu, they drew inspiration from Hemingway’s travels. The result is an eclectic but carefully curated mix of hearty dishes like grilled pork tenderloin with sweet corn and bacon pierogi and Korean fried chicken with a cornmeal scallion pancake, napa cabbage slaw, and gochujang honey. The tough part was narrowing down the options.

“Basically, we’ve just got a grab bag of things that are delicious,” says Carlile. “We weren’t forced to limit ourselves to French or Southern or anything like that. We were just able to take whatever we wanted. So, writing this menu was really hard and also really easy.”

However, there was one dish Weber had to have on the menu. “I was adamant about a Reuben, because growing up, my grandmother used to take me to The Sutler to get a Reuben—the best Reuben in the city,” he says. When the original restaurant closed down, he had a hard time finding a Reuben he liked that much, so he asked Carlile to dream one up for Hemingway’s. “I was like, ‘Larry, we’re going to have the best damn Reuben in the city,’ and he was like, ‘I got you.’”

After so many treks and trials, there is a certain serendipity to the way Weber and Cercone came together when they did. For his part, Weber jokes that he was reared to stand behind a bar. “I always tell my mom and dad, when I ended up being a bartender for a long time, I was like, ‘You guys showed me Cocktail and Top Gun growing up. I was either going to join the Navy and try to fly jets or bartend, and you guys wouldn’t let me sign up for the Navy, so it’s your fault.’”

Cercone had been interested in opening a new place for a while when Weber approached him. “It was kind of like both meeting at the same time, having a similar idea, and going, ‘Yeah, let’s give it a try,’” he says. The guys seem at ease in the space, as if they’re right where they’re supposed to be. While we’re talking, Weber’s parents walk in. He greets them with a big wave before crossing the room to show them the latest tweaks to the place. And while the guys have their escape plan ready—“We’ve got the grease trap in the kitchen with big manhole covers, and we’re like, ‘If it gets bad, we’re going,’” says Cercone, laughing—they’re ready for another adventure.

“Part of this business is luck and timing and right place, right time,” says Cercone. “But you’ve got to risk. If you don’t risk, you never get anywhere, you know?”