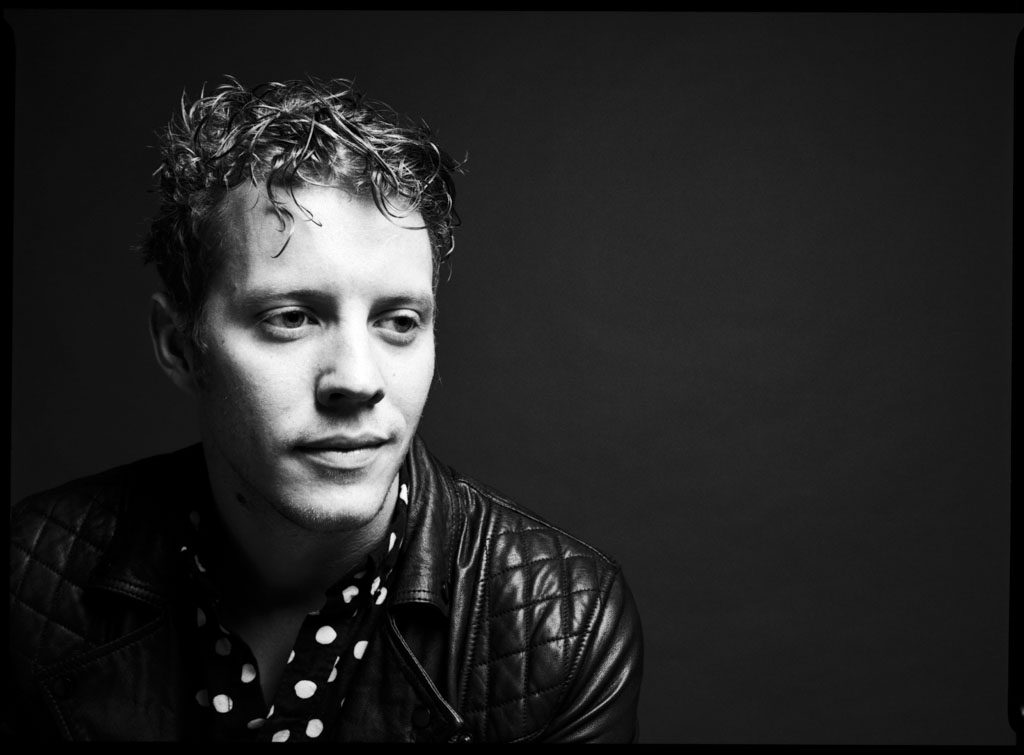 ANDERSON EAST DOESN’T KNOW WHERE HE IS. “I think we are headed up to Boston,” he says one afternoon while his twelve-passenger van hurdles down another strip of long, anonymous American interstate.

Anderson looks around the car, taking in the six musicians who’ve joined him on this tour. Things have changed since the beginning of 2015, when he kicked offthe year as Sturgill Simpson’s opening act. Anderson was still a one-man band back then, hitting the stage every night with nothing more than an acoustic guitar and his rafter-reaching rasp of a voice. Later, while touring with artists like Brandi Carlile and the Lone Bellow, he began piecing together a proper band, welcoming more and more musicians into the van when- ever the budget allowed. The lineup grew. The sound expanded. The only thing that didn’t change, really, was the pavement that stretched to the horizon day after day, connecting one venue to the next. Today, nearly a year after Anderson hit the road with Sturgill, the highway still looks the same.

“Boston, right?” he asks his passengers, hoping for confirmation.

You can’t blame Anderson for being confused. It’s been a blur of a year. Back in 2014, when he was still working on the album that would become Delilah, the guy was broke, doing odd jobs around the studio to scrape together enough funds for the recording sessions. One day he’d be tracking vocals. The next he’d be vacuuming carpets and sanding floors. He even joined his producer, Dave Cobb, on a work trip to Sweden, where the two recorded the newest album by Europe, the hair-metal Scandinavians whose biggest hit—“The Final Countdown”—stormed American shores two years before Anderson was born.

It was during the Sweden trip that Dave received good news: Atlantic Records hadsigned Sturgill Simpson, one of his biggest clients, to a multi-album deal. Looking to toss a bone to the producer who’d helped get him there, the Atlantic execs also awarded Dave his own record label imprint. He didn’t have to look very far for his first artist.

“Anderson was the first person I thought about,” says Dave. “He had all the factors. The first time I met him, I was watching a friend of mine play a songwriters’ round at the Bluebird, and Anderson was part of the round too. It’s such a quiet place there; you aren’t allowed to make a peep. Anderson’s turn comes up, and he starts to sing, and it sounds unbelievable. I’m such a sucker for those great, raspy voices like Rod Stewart or Joe Cocker. Then he stops after about ten seconds and goes, ‘I’m sorry, guys. I have to go to the bathroom.’ Then he goes and takes a piss and holds up the entire crowd! He had everybody in the palm of his hands, just waiting. Then he comes back, and he’s slapping people on the back as he walks through the room, saying, ‘I’m sorry, buddy!’ And he gets back to the mic and starts the song again and kills it. He broke the weirdness that tends to happen in that kind of place, and he was so charming. He had everybody on his team. I was hooked from the start.”

Everything moved quickly once Anderson signed with Dave’s new label, Low Country Sound. He flew home from Sweden, finished recording Delilah over Christmas weekend, and jumped into the van—nicknamed “Marge” in honor of a Homer Simpson bobblehead figurine that sits on the car’s dash—shortly after New Year’s. Then he spent an entire year on the road, racking up nearly three hundred gigs in twelve months.

“He’s in a place where he gets onstage and it just clicks for him,” Dave says. “Last time I saw him was during Americana Fest, and he was playing City Winery, where people usually sit down. But he’s up there, doing what he does, and he’s got every single person out of their seats. People were dancing on tables. He’s playing a lot of shows lately, just constantly touring, and he’s really hitting his stride out there.” 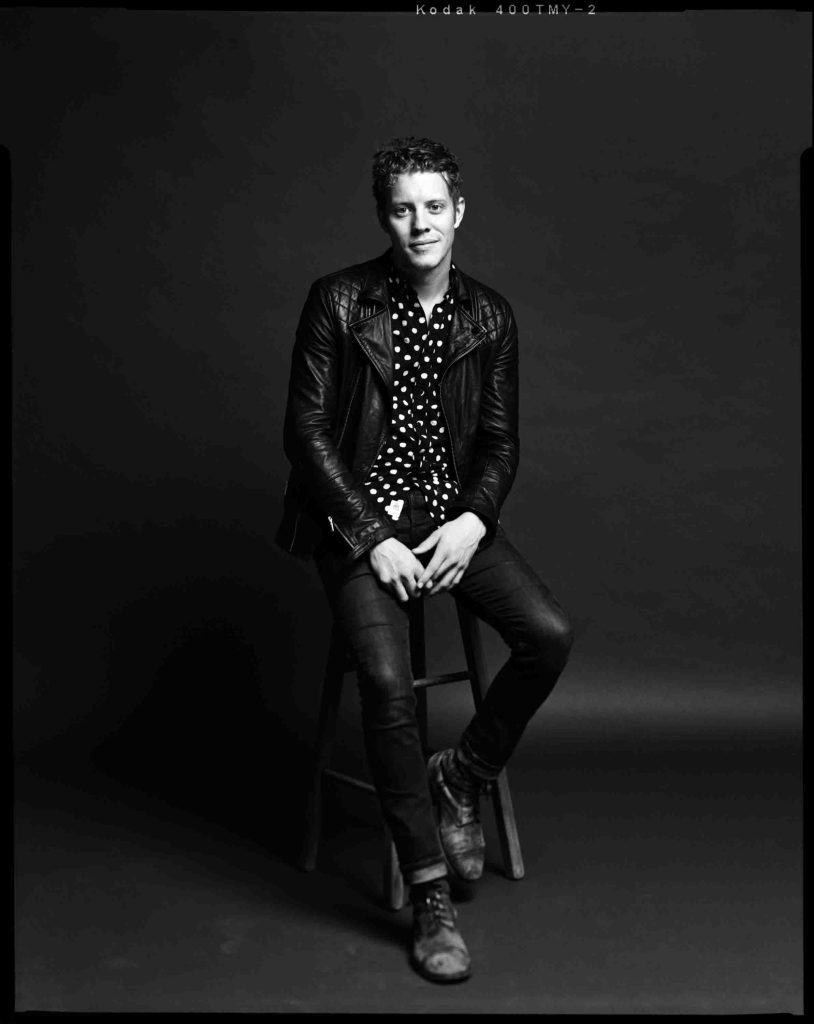 Things didn’t move quite so fast in Athens, Alabama, where Anderson spent his childhood. To most, the town is just an interstate exit off I-65 South, caught halfway between the bigger cities of Muscle Shoals and Huntsville. To Anderson, it was home—although not always a particularly inspiring one.

“It’s a growing place now, but back then, it was pretty small,” he says. “Just your average small Southern town. A church on every block. It was a dry community too. No bars, no music scene, no real arts scene at all beyondthe fiddler’s convention that came through once a year. I was just an aimless youth down there. I wasn’t really sure what the hell to do.”

Every Sunday, though, Anderson knew where he’d be: at Tanner First Baptist Church. It was a family tradition. His grandfather was the preacher, his mother the pianist. His dad even sang in the church choir. Anderson couldn’t have avoided going to church if he’d tried, so he showed up week after week, year after year. It became his main musical outlet, giving him the chance to sing in the choir, play guitar in the praise band, and soak up the holy-rolling spirit out in the pews. He still hasn’t lost respect for the way those gospel hymns sounded.

“When I was twelve or thirteen, they tried to get hip and do the modern ‘praise and worship’ thing, but I was much more a fan of the old hymns,” he remembers. “The old songs like ‘You Are My All in All’ are the ones that stick. They’re simple and they’re easy to grasp. I think they’re meant for an entire congregation of people to sing. And when you have that sort of simplicity, I think that’s where some great pop music can happen. Pop music is for the masses. The melody of that kind of music really sticks with you.”

Anderson moved to Murfreesboro after high school graduation. The original plan was to study audio engineering at MTSU, although his focus kept drifting north, where Nashville loomed less than an hour away. “It was almost a cop-out, to be so close to the big city without actually living there,” he says. Finally, the proximity became too much to ignore. With two years of school left to go, Anderson packed up his guitars and headed to the state capital, where he and another MTSU undergrad shared a place near Southern Thrift on Delmas Avenue. He stayed in school, but his final four semesters were harder than he’d anticipated. “Getting to MTSU was a forty-five-minute drive one way,” he remembers, “and when you had an early-ass class, it was miserable.” Even so, the time spent outside of the classroom was worth the hassle.

Back home in Alabama, he’d been a big fish in a small pond, armed with the sort of super-sized voice that easily attracted attention. In Nashville, though, he was just a drop in the bucket. Here was a challenging, competitive city, filled with musicians who’d dedicated their lives to the thrill of stepping onstage. Anderson was terrified, but he was inspired too. This was what he’d been waiting for. Pushed to make a dent in a scene already filled with musicians, he got to work. 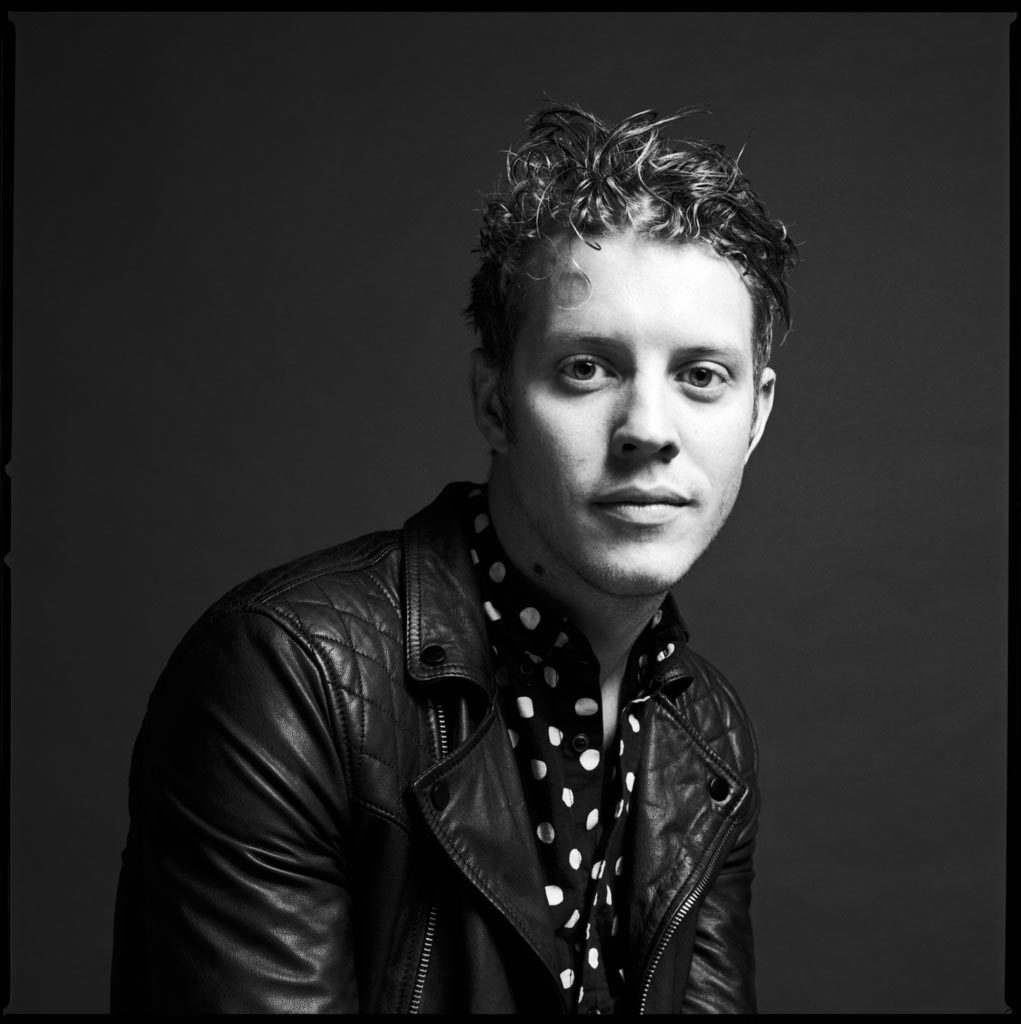 “My intention was always selfish,” he says of his first years in town. “I always wanted to make my own music, release my own music, play my own shows. But I had to eat, too, so I wound up helping a lot of other people make records. I engineered albums and produced more records than I can possibly want to think about. Then I met Holly Williams, whose husband had picked up a gig as the auxiliary guy for Kings of Leon. He usually played guitar for her band, so she asked me if I could fill in, just sing- ing harmonies and playing guitar during her shows. I did that for a while. Then I started a studio in the bottom of a house in Green Hills with my friend Scotty, where we recorded re- cords with people like Kelsey Waldon and Jonah Tolchin. That was our little world down there, in the bottom floor of that house, for nearly four years.”

Meanwhile, Anderson kept working on his own music too. Flowers of the Broken Hearted, a double album of original tunes, hit stores in 2012, presenting a young singer rooted in the Southern soul of an older generation. Anderson recorded half of the album in Los Angeles, backed by a band that included Stevie Nicks’ lead guitarist and members of the Counting Crows. On a record filled with serious star power, though, it was Anderson’s voice that shone the brightest—even if he now describes the project’s length as “a whole lot of overcom- pensation.”

On Delilah, Anderson sharpens his focus. The new songs are lean and greasy, filled with blasts of brass, swells of organ, and plenty of electric guitar. They’re infinitely danceable, too, from the up-tempo numbers— including a cover of George Jackson’s little-known “Find ‘Em, Fool ‘Em And Forget ‘Em,” cowritten in the 1970s with FAME Studios owner Rick Hall—to the ballads. Everything relies on groove and melody. Finally, with a running time of thirty-three minutes, Delilah never comes close to wearing out its welcome.

“It’s just Southern, American music,” he says of the album’s sound. “Gospel, R&B, country, soul, Southern rock—I think it all holds on to the same rope. I’m just a kid who grew up in Alabama, and I’m trying to be sincere with what I write, and this is how it sounds.”

Meanwhile, back in the van, Anderson and company are still heading to Boston. Or maybe it’s New York. Or Toronto, possibly? It’s all a blur, hon- estly.

But the road rolls on. The city looms ahead. And Anderson, after spending several years firing up the engines, is a musician on the move.