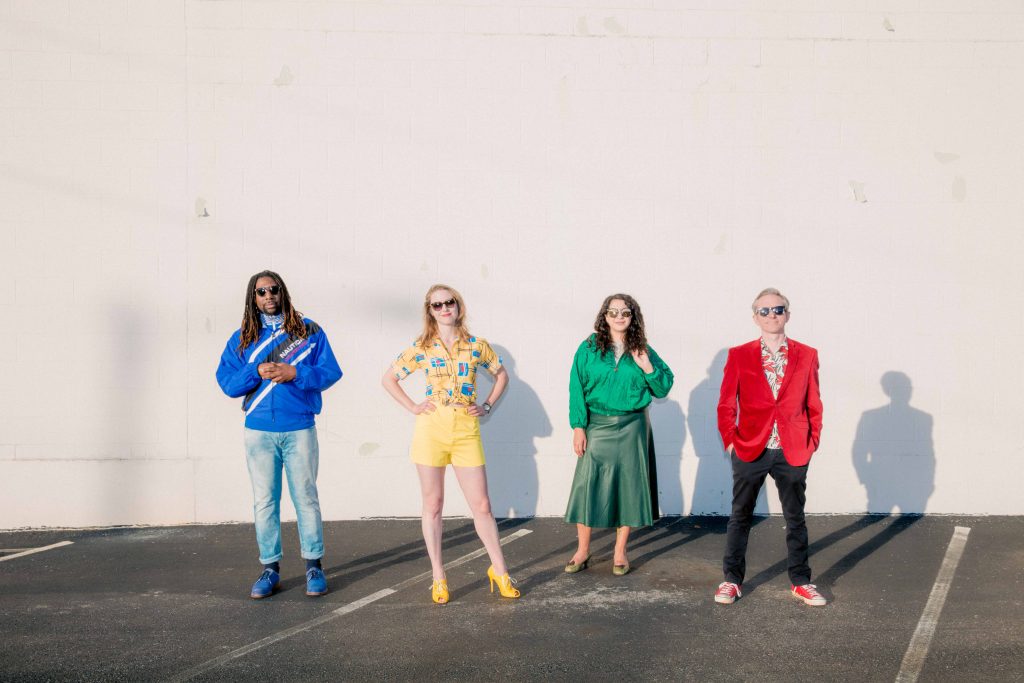 The initiative was created with the support of cofounder Martha R. Ingram to provide an opportunity for national theatre artists to connect with Nashville audiences and to develop new works while in residency at Nashville Rep.

The playwrights of the 2018 Ingram New Works Festival are tackling the same question from four different and dynamic points of view: How do we navigate a world that has changed so dramatically?

Each one of these stories is about trying to navigate a new world, whether that’s challenging yourself to be the kind of person that can nurture art in the most unlikely place, trying to keep your business open while you make sense of rapid gentrification and its cost on your community, trying to find a new life in extraordinarily bloody circumstances while escaping the old one, or literally trying to see yourself in a new country.

“There’s no question about it, the world is in a state of extraordinary change,” says Nate Eppler, Nashville Rep’s award-winning playwright-in-residence. “I think the most necessary art helps us navigate that and tries to make sense of how we live in this world now, at this moment.” 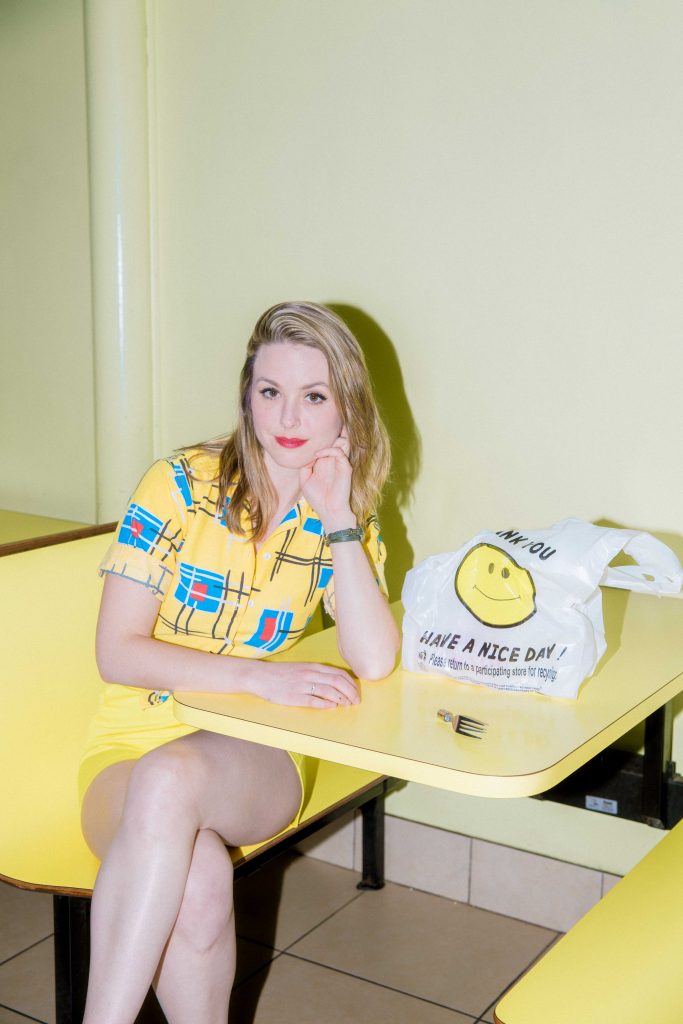 Tori Keenan-Zelt’s play How the Baby Died tells the story of Stace, a young actress who moves across the country to be a live-in nanny for her friends while making an unsettling audition tape for a French horror theatre company.

(It’s a party for the baby—sort of—and STACE has just met RICH, a doctor. THE BABY screams bloody murder in the background.)

STACE: But I mean. Babies cry, right? That’s like a normal baby thing.

RICH: I’m not a pediatrician.

STACE: Right. No of course.

RICH: And what do you do?

STACE: Yeah, so I’m sort of trying to figure that out right now?

(THE BABY is still screaming.)

RICH: I do like kids though. I don’t have any. But I like, oh, you know, the idea. I mean, you spend all day with unconscious people, you sort of want something nice to come home to.

STACE: So wait—what kind of doctor are you?

RICH: I’m a surgeon. For adults.

STACE: Oh wow! Can I just ask you—

RICH: I don’t look at moles at parties.

STACE: Yeah no I was just. How much can a person get hurt before they feel it? I mean before other people start to notice?

RICH: Well there are variables, but theoretically, you could cut off whole parts of the brain without affecting normal functions in any observable way.

RICH: There have been a few. The Nazis. Did experiments. They’re illegal now. Obviously. But some stroke victims can pass a baseline days after trauma.

STACE: How do you know if the baseline is normal? I mean what even is normal?

RICH: It’s a low deviation from the mean.

STACE: Right. So. Even if you can’t see it, it’s still in there though, right?

RICH: The human body remembers everything. That’s what makes it so fascinating.

STACE: So what do you do?

STACE: If there was like a trauma here tonight. Something really bad like a fork in the eye but the fork was invisible, how would you save them?

STACE: That we know of.

STACE: But what if it’s really deep in there? Like if she keeps going to the bathroom and bringing her purse, and he knows she’s not on her period because they fucked on the way over—you know—in the Uber—they can afford non-pool-Ubers. But it didn’t feel right—you know how your body can respond even though your mind is like fuck no? And so now he’s on his fifth wine even though he promised, and she says something about the wine and he says something about the purse, and next thing you know, BOOM! Fork-in-the-eye.

STACE: Not that deep. At first. But then, he starts trying to explain how it’s actually OK that he’s drinking—how it’s really her fault—and he keeps talking, so I mean, she can’t take the fork out, Right? She has to drive it in deeper and deeper—and the whole time she’s seeing in his other eye the pain of each push til she can’t think anything but how hazel isn’t a color. How she doesn’t want to hurt him—she just wants it to stop. And so even though each push is breaking her a little bit more, she has to keep pushing and pushing and praying she’ll hit something that will just make it stop.

RICH: I’d just do a basic procedure to isolate the trauma, and he should be good as new.

STACE: Yeah so nobody stab anybody til after the party, OK? Just relax and um have some wine! 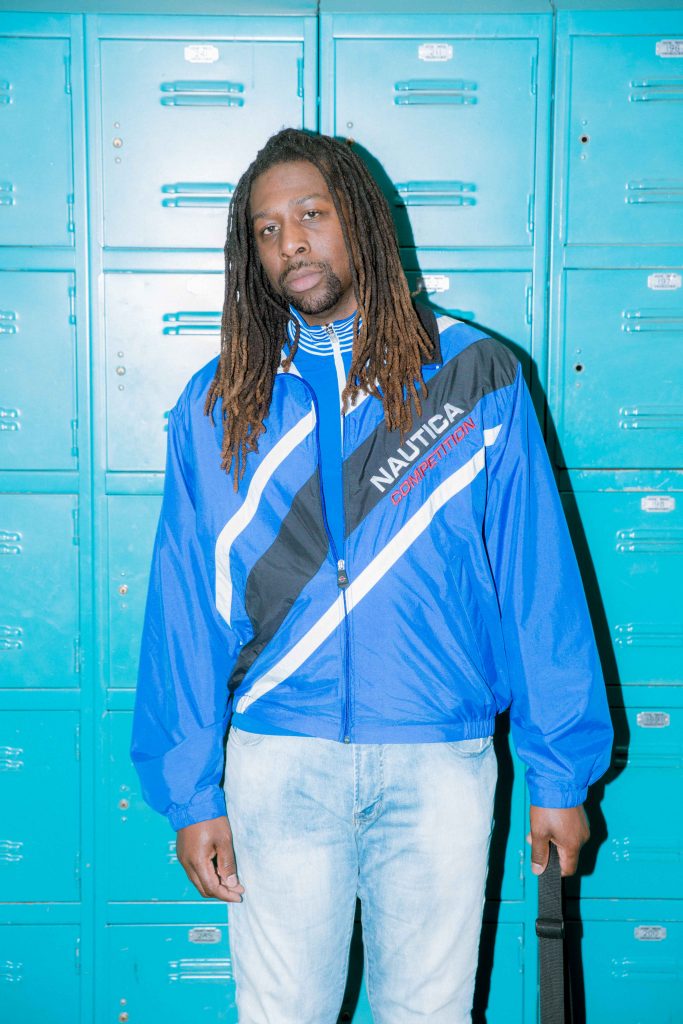 James Anthony Tyler’s Pranayama focuses on a set of neighbors struggling to connect in a Bikram yoga studio in a gentrifying corner of Harlem during the days leading up to the 2016 presidential election.

(It’s Friday July 8, 2016. The class stands over their yoga mats facing BANITA. BANITA stands, on her mat, in front of her students. All of the students stand on their left leg while their right leg is lifted. They all move, in unison, to bring their right foot into their cupped hands. Standing Head to Knee Pose—Dandayamana-Janushirasana.)

BANITA: Meditate on your left leg. If your left leg’s locked, inhale, suck your stomach in, slowly, gently, right leg lifts up, leg comes up parallel to the floor. No higher, no lower. Take a deep breath. Heel forward, turn your foot in from the ankle, all five toes now back towards your face. Both legs loooong, upside down L. Bend your elbows down, elbows touch the calf muscle. Now touch your chin to your chest, and touch your forehead to your knee. We’re going to see how long you can hold it today.

(Lights go to half over all of the yogis. KORDELL steps into a spotlight facing the audience as the class continues Standing Head to Knee Pose. )

KORDELL: You’re a Griot. Always have been. Always will be. You’re an educated Black man. Survived Cleveland’s East Side. Excelled at Shaker Heights High and graduated at the top of your class. Proud Howard University man. Full academic ride. Went to study with Black literary giants. And you meet a Black literary giant, before he was who he is. Freshman year Ta-Nehisi Coates becomes one of your best friends. And junior year you meet love… your religion.

(KORDELL looks at QUINTA, his wife, and then back at audience.)

So, a look at my life. You still do what he does. You write about your life. From my birth until now. You write about the struggle to inspire your students at City College. You write about….. Why the fuck are you teaching at City College? These are the students that need you, right? But students also need you at Howard, right? Or Morehouse? Or Grambling? HBCU’s with a name, reputations. But you’re on your way to becoming tenure and you’re in the city, the greatest cultural city in the world, and you’ve been writing…. Kinda………….. Be real. Honest!

It’s a cliche but it’s real. You feel like shit. You don’t want to carry this. You just want to put it down but it’ll explode, kill every fucking thing you done built with her.

(As Kordell steps back onto his yoga mat the lights rise. BANITA Changes. All of the yogis come out of the pose.)

(HECTOR’s grandfather is dead. His ashes are in an urn with the Indiana Pacers team logo on it, per his wishes, and HECTOR is responsible for it. MIA is there to comfort her best friend—but she’s not doing a great job at it.)

HECTOR: My family hates me.

MIA: They don’t. Shit always goes down when a family member DIIIEES.

MIA: How am I saying it?

(HECTOR lets go of MIA and looks at her. They look at the urn. And the Pacer’s logo.)

HECTOR: It’s what he wanted.

MIA: They’re such a forgettable franchise.

(HECTOR sits next to the urn.)

HECTOR: He told me he was getting cremated so he would be easier to carry…

HECTOR: He wants to go back.

MIA: Back? Back where?

HECTOR: He made me promise. On his deathbed.

HECTOR: I thought so too—my whole family did… We fought. They want to keep him here with us. I told them that’s not what he wanted and it turned into this huge thing. It felt so… Mia, will you come with? 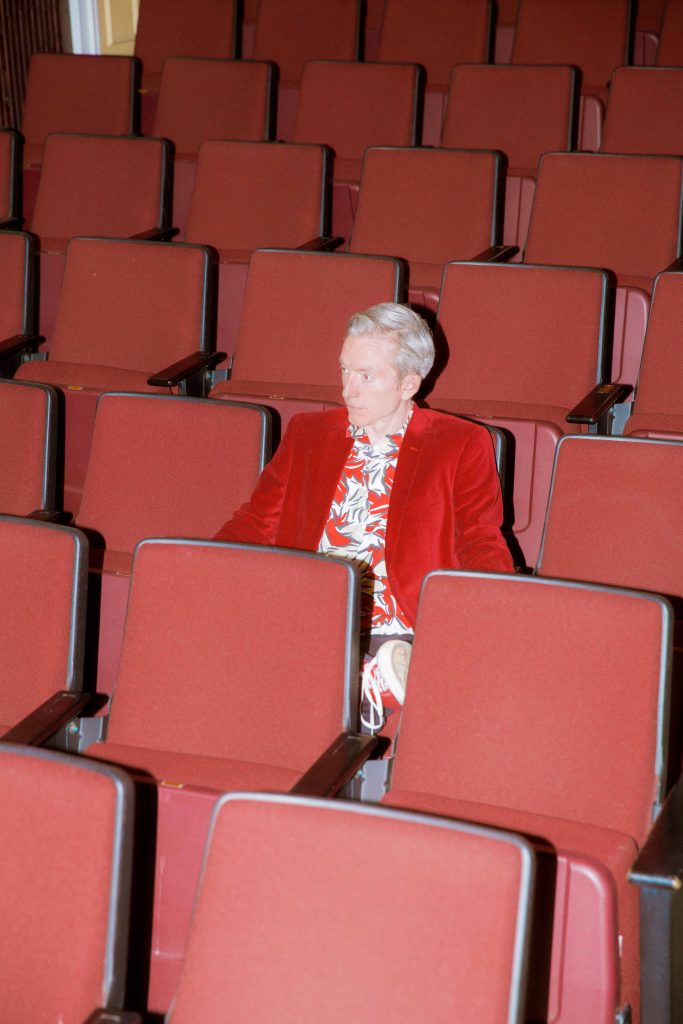 In Nate Eppler’s This Red Planet, a former US president wakes up one morning and decides to be an artist instead of a Republican, enrolling in private painting lessons from an art teacher hired specifically to discourage him.

(BECCA, the art teacher, shows her husband DAVE a painting by the ex-president. It’s supposed to be a pear.)

DAVE: Oh you gotta tell him he sucks.

BECCA: This is why I didn’t want to show you.

DAVE: Look at that that’s like—What even is that? That’s like a yellow rock.

BECCA: They are yellowish.

BECCA: Have you even seen pears?

BECCA: Pears are not green.

DAVE: It’s not even the right shape.

BECCA: He’s only been at it two weeks. He’s doing great work.

DAVE: Why are you encouraging him?

DAVE: He tried to murder a whole motherfucking country, Rebecca. Like what are you even?

DAVE: He did, he did do that personally, he personally did that.

BECCA: It’s not like he—No—He was president and he—

DAVE: He sure was.

BECCA: And you’re, what? You’re happier with what we have now?

DAVE: Fucking A right I am burn it all down. You think they care about us?

BECCA: They, yes, they, yes they care about me. They came to me for help.

DAVE: They don’t care about you.

BECCA: Well at least they’re nice to me.

DAVE: Maybe they don’t know you like I do.