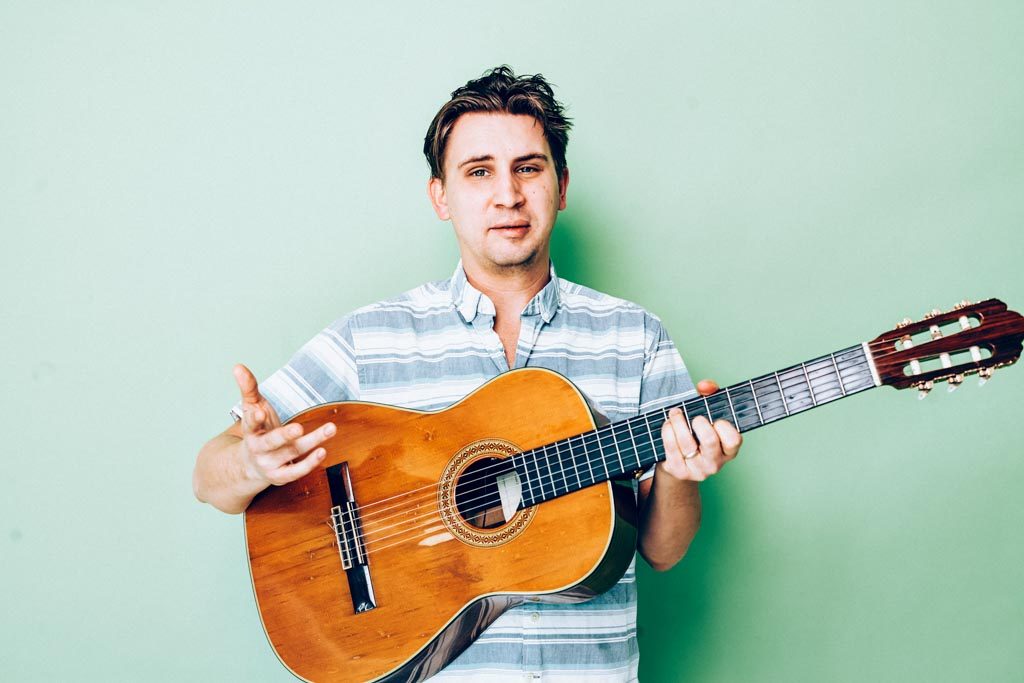 Terry Price’s face betrayed him. I’m not talking the kind of betrayal where he tried to hide his anger or embarrassment, and then his face turned a certain color or moved a certain way to bare his emotions. I’m talking the kind of betrayal where his face just packed up and left. I’m talking one night, he went to sleep with a weird tenderness in his head and a metallic taste on his tongue, and the next day he awoke to ﬁnd half of his face frozen in a downward droop. I’m talking facial paralysis.

“I was very freaked out,” he says when asked about the experience. “But then I got way more freaked out when I went to the clinic and saw the nurse’s reaction.”

It turns out Terry had Bell’s palsy, a not-as-rare-as-you-might-think disease that causes partial paralysis of facial nerves for no identiﬁable reason.

The doctor at the walk-in clinic, who had to print out an informational sheet on the disease from the Internet, explained to him that the prognosis varied widely among patients. Some start to regain normal function as early as ten days, and some never regain full function of their facial nerves again. 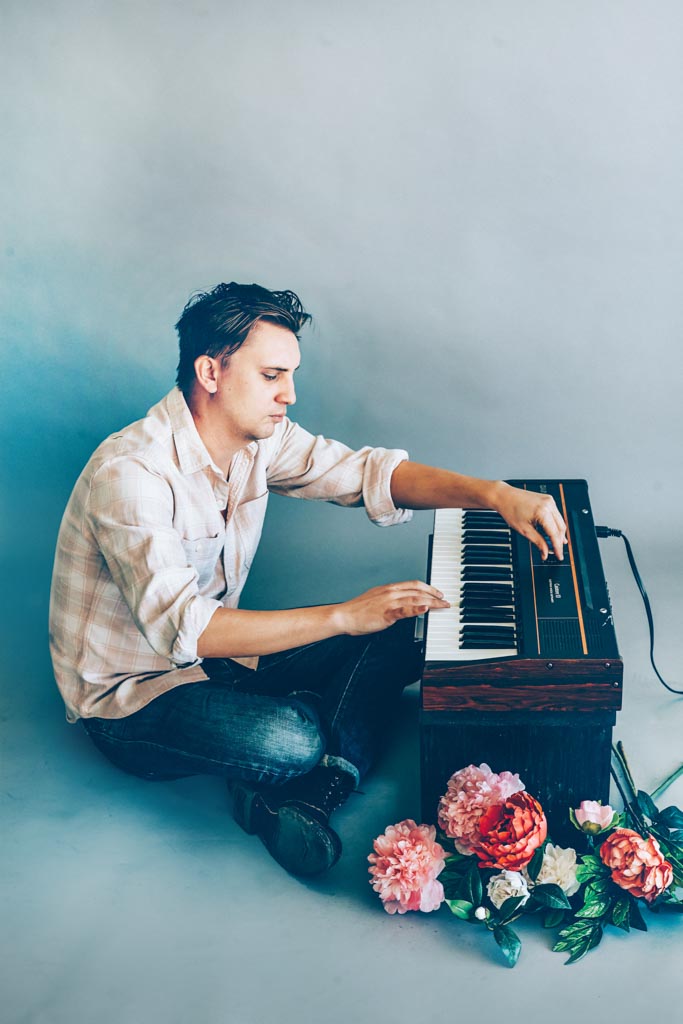 “I was like, ‘What the fuck?’” he says. “You get used to your face looking a certain way, and then you don’t know if it’s ever going to go back.”

Seven years post-diagnosis, when Terry shakes my hand at Duke’s on a cold February night, there’s no immediate trace of the paralysis on his face. A rather boyish thirtythree-year-old with a cleanly shaven face and full cheeks, he’s the singer-songwriter behind local dream pop band Photo Ops. Originally from a small town about ﬁfteen minutes south of Dallas called Lancaster, Terry moved to Nashville in 2000 at the age of eighteen to study music production at Belmont. After two years, he decided to drop out and began focusing more closely on his own music career. He teamed up with a couple of friends to start Oblio, an indie rock band named after a character from a Harry Nilsson album, and over the course of six years, the trio made a name for themselves with two full-length albums and a handful of EPs.

But the Bell’s palsy marked the beginning of a few years of dramatic life changes for Terry. He was diagnosed in February 2009, went without normal facial function for more than six months, and then got married that October. The following year Oblio made the decision to break up amicably. Then in 2011, his father unexpectedly passed away from a heart attack, a loss that had a signiﬁcant eﬀect on both Terry’s life and his approach to his music. “

“I had realized pretty early on, when I was about fourteen, that it wasn’t his fault,” he says of his dad’s mental illness. 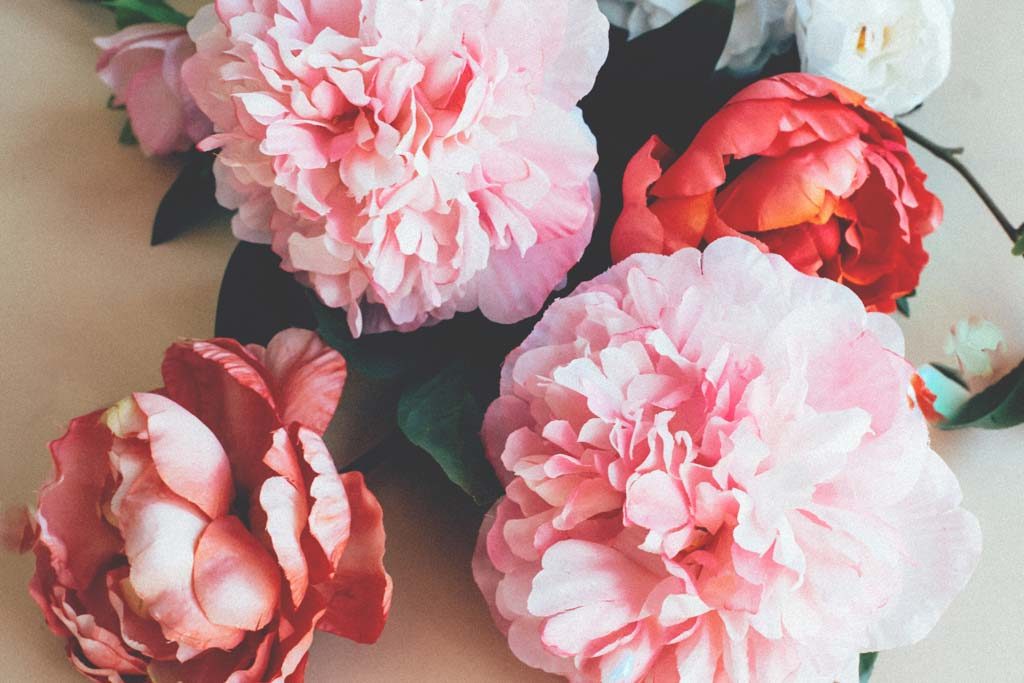 By the time Terry was in sixth grade, his father had been in and out of mental hospitals for treatment of schizoaﬀective disorder, which is characterized by symptoms of both schizophrenia and a mood disorder such as bipolar disorder or depression. He was eventually forced to move back to Georgia to live with his parents, and his relationship with Terry consisted mostly of phone conversations thereafter. Though the calls were frequent, the words between the two were few. The medication his father took caused him to be fairly sedated for much of his life, and most of the calls consisted of Terry telling his father that he was there for him.

“When he passed away, it was like I had to really confront how bad his life had been, how miserable it must have been,” he says in between sips of Miller Lite. “When he’s alive, you can call and ask how he’s doing, but when he’s gone, you go through his stuﬀ and you actually have to come to terms with how he lived.”

As Terry was mourning both his father’s life and his death, he was also writing new music that was beginning to take a more personal focus than his previous releases with Oblio. It was his ﬁrst experience with death on such an intimate level, and the grief he faced caused him to consider other losses he’d experienced as he aged. All of this contemplation and self-evaluation led to songs that pushed him in a new musical direction. 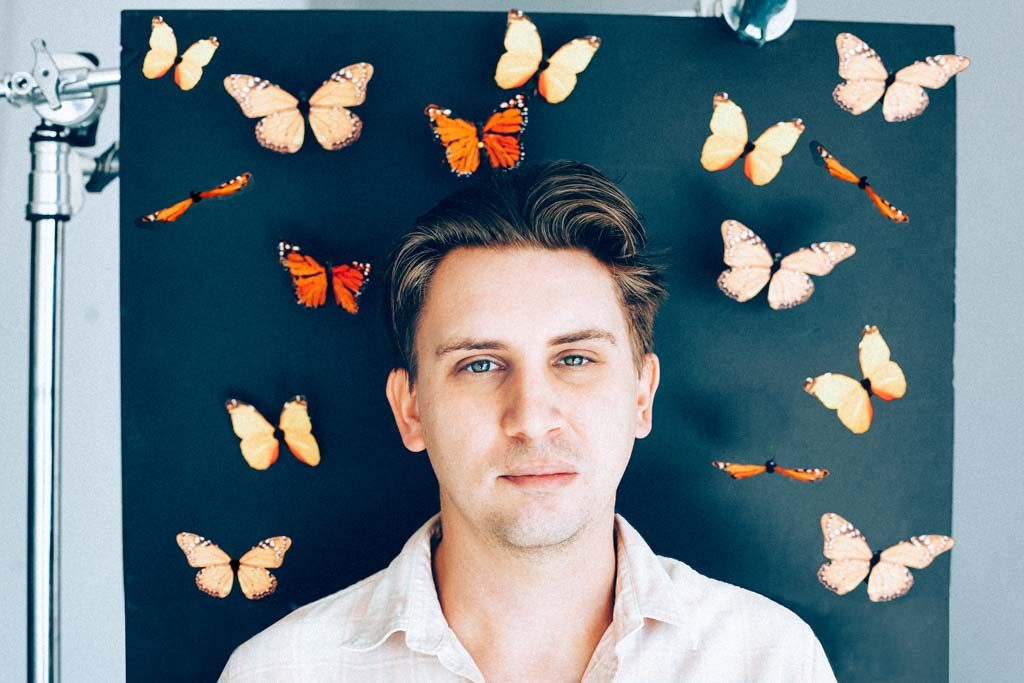 In 2013, Terry released his ﬁrst record as Photo Ops, How To Say Goodbye. A wonderfully mature and surprisingly uplifting album, it marries heavy lyrical themes with upbeat and, at times, even joyous instrumentation. The title, he says, refers not only to his father’s death but also the loss of friends, innocence,
and really everything he thought he knew.

“Life doesn’t always pan out how you think it will. You don’t keep the friends you think you’ll keep forever. People don’t always act the way you think they should,” he says. “So the ﬁrst album is kind of just about growing up in general.”

Now, three years after the release of Goodbye, Terry has just released a follow-up. Titled Vacation, the new record continues many of the same conversations he started on his debut, but this time, the heaviness is surrounded by an even fuller, more inviting sonic landscape.

“I guess it was just the to be continued part of grieving and what grief does to your mind,” he says of the new album. “It’s a very real thing, grief, and I guess I kind of wanted a vacation from it.” For Terry, that relief comes in the form of melody and sound. A much more instrumentally diverse album than its predecessor, Vacation sounds like something you’d expect to hear soundtracking an indie ﬁlm about a complex protagonist on a road trip to ﬁnd him or herself. That’s not to say the music is cliché or derivative. It’s neither of those things. It’s actually a rather beautiful combination of calming strings, soothing choir ahhs, steady guitars, and charging beats. And the melodies, a strength of How to Say Goodbye, are even stronger here. 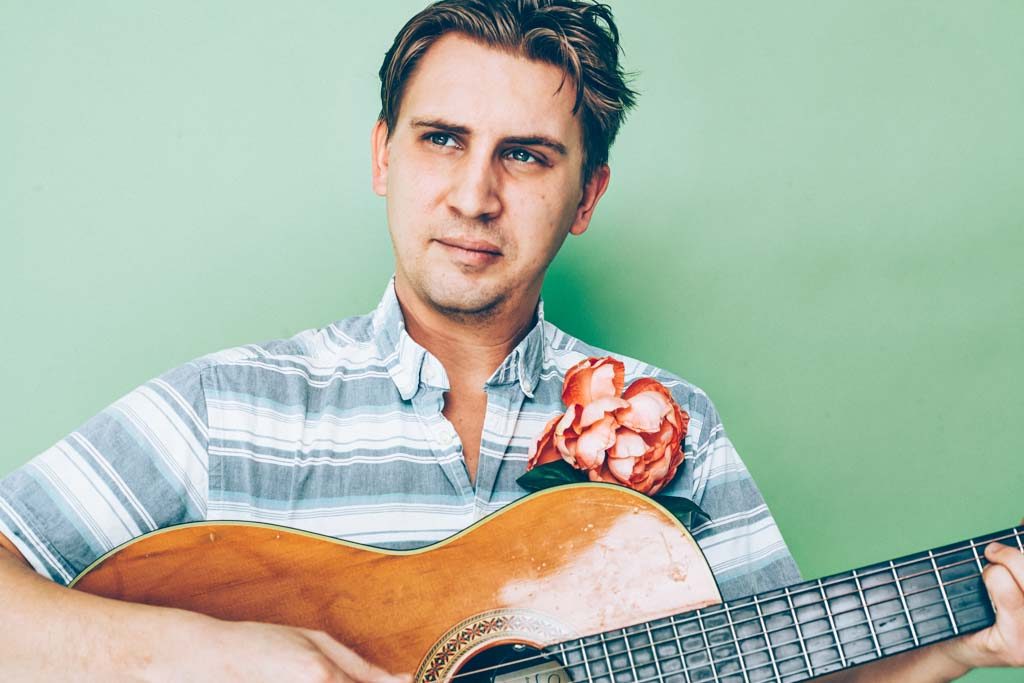 “I love the way melody can trick you into not focusing on how horrible life can be,” he says. “It can just snare you into not thinking about it in the same way that drinking or pills can. It’s every bit as eﬀective as exercising or whatever else people do to deal with life.”

Whereas melodies have always come to him easily, Terry says he has had to work a little harder to get the words right. And it’s an understandable challenge. Trying to write about death, loss, grief, and uncertainty while at the same time grabbing the attention of ﬁckle listeners is no easy feat. But one of the ways that Photo Ops is able to so reliably walk that thin line is through the singularity of the lyrics. Though the emotions are undeniably complex, Terry ﬁnds a way to express them through words and phrases that are carefully reigned in and easily understandable.

“The lyrics are straightforward and very real and no bullshit, but it’s done with a kind of haze and beauty to it,” he says. “I like the idea of mixing beauty and dreaminess with straightforward realism and combining those two things. There’s a pull there.”

Like his music, there’s also a pull to Terry personally. His modesty throughout our time at Duke’s would be an endearing quality on anyone, but it’s particularly charming coming from a musician who’s just released a fourth studio album and is being interviewed for a magazine feature. In fact, after answering questions about his own life and his music, he turns the tables and asks me questions about my life and my experience in town, as if he might also be writing a story about me.

“I LOVE THE WAY MELODY CAN TRICK YOU INTO NOT FOCUSING ON HOW HORRIBLE LIFE CAN BE."

“Yeah, this place is so diﬀerent than it was when I ﬁrst moved here,” he says after asking where I live and what I think of Nashville. “I don’t know if I really recognize it anymore. It’s not a bad thing. It’s just changing faster than I think a lot of people who’ve lived here a while can get used to.”

Though he doesn’t know exactly what the rest of the year will look like, Terry says he’d love to tour if the right circumstances presented themselves. And when it comes to new music, he says he already has a range of ideas on which he is eager to begin work. Music, he says, will more than likely always be a part of his future.

“Making music helps me stylize my reality,” he says. “I pick and choose moments of my life and am honest about them and present them in this very beautiful snapshot so that I can make sense of my own life. And, who knows, maybe other people can make sense of theirs too.”