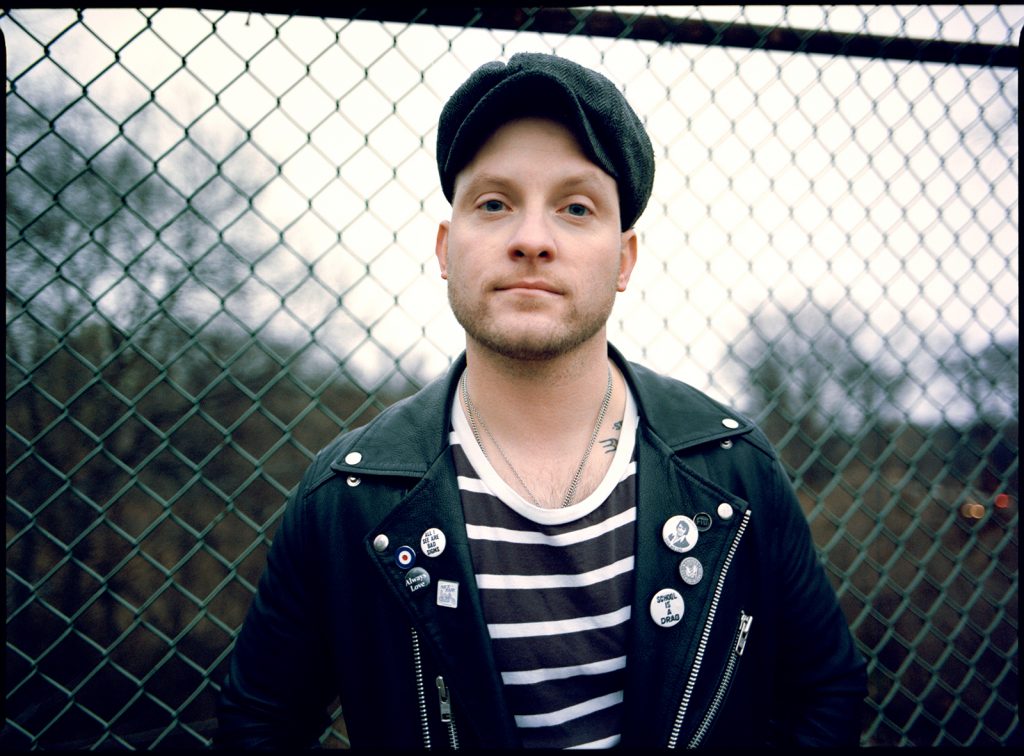 Out of the frying pan and into the fire.

What a great saying. I love its darkly comedic vibe. But now, let’s try and invert it—out of the fire and into the frying pan. Sounds nonsensical, right? It sounds that way to me too.

Which is ironic, because that ass-backward phrase perfectly sums up my introduction to Nashville. Music City, USA, was my frying pan. I moved here with my brother when I was twenty-two, finally escaping small-town West Virginia for good. I’d never been anywhere like Nashville, full of tattooed people and record stores and touring bands and cool bars—it was overwhelming, a jolt to the senses.

But the culture shock I felt was nothing in comparison to the fire that I’d left behind. See, when I was seventeen, I was diagnosed with a rare form of cancer. By the time they found it, my lungs were on the verge of collapse. The disease had already progressed to stage four.

I spent years living in hospitals, undergoing horrific treatments and surgeries, being physically, mentally, and emotionally wrecked in ways that I never thought possible. No one expected me to reach the age of twenty. But by twenty-two, I was cancer-free, though now disabled and living in chronic pain. But I could deal with side effects— screw it, I was alive, man!

Moving to Nashville was my chance to start over, to enjoy being normal, just another young dude in another big city. I met lots of nice people, made friends, dated girls—but whenever it came time to tell them about my cancer, the conversation died on the table. The listener would brush past my story faster than a politician dodges a press corps—they’d just sail right on to other, less troubling topics.

I can’t blame them. How many young adults want to talk about mortality? At least my friends were usually polite about it. But being polite and being empathetic are two very different things.

It wasn’t that I wanted anyone to feel sorry for me. I just wanted to be understood. But after years of getting shut down, I simply gave up. I stopped talking about cancer at all—why trouble people with information they’d obviously rather ignore?

It was an isolating time for me. But now, more than a decade later, I’m grateful for it; because that sense of isolation is what led me to put pen to paper—if I couldn’t talk to anyone about it, I’d write about it instead. When I started outlining Die Young With Me, my goal was to not just tell a story, but to write an honest exposé of teenage cancer. I had no interest in writing another The Fault In Our Stars. I wanted to leave readers uncomfortably aware of what it’s like to have cancer. I hoped that my frankness might inspire empathy and compassion miles deeper than a get-well card can reach.

In the short time since my book was published, I like to think it’s done exactly that. I get messages every day; not only from cancer fighters and survivors, but from the friends and family of those affected by cancer. Whether they loved my book or hated it, I’m thankful that they all seemed to come away with a more empathetic gaze—not just for cancer survivors, but for everyone.

So when NATIVE asked me to share an excerpt from my book, this is the passage I chose. It depicts my day-to-day life on the cancer ward and the struggles of squaring that reality with an aching need to do normal things, like play punk rock with my brother or dance with my girlfriend at the Junior Prom.

It’s easy to empathize with a character in a book. But I hope you carry that sentiment off the page, out into the bars and the concert halls. I hope that next time someone confides in you about a traumatic life experience, you’ll force yourself to listen, to learn, and to validate, even if it’s an uncomfortable process. We owe each other that, don’t we? I mean, think of it this way—as hard as it is to talk about, it was even harder for them to live through. Trust me. — Rob 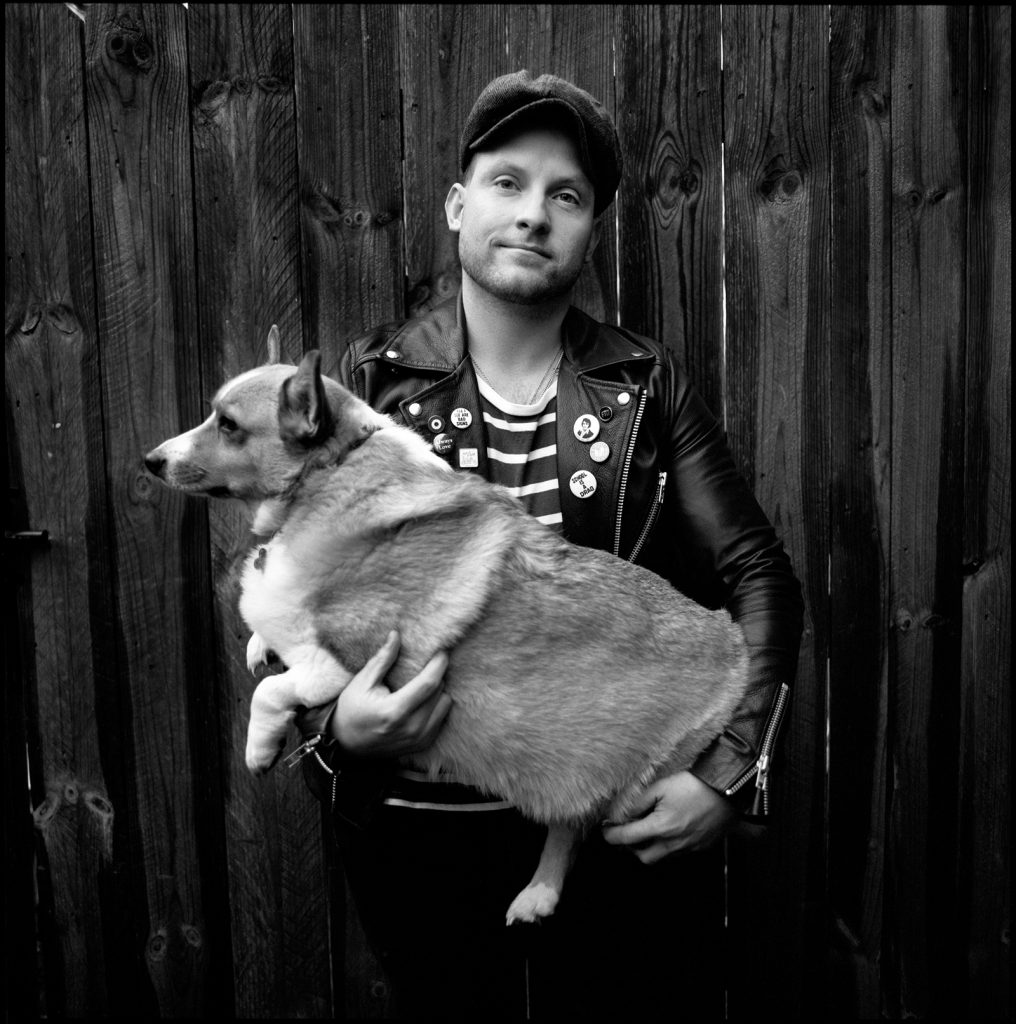 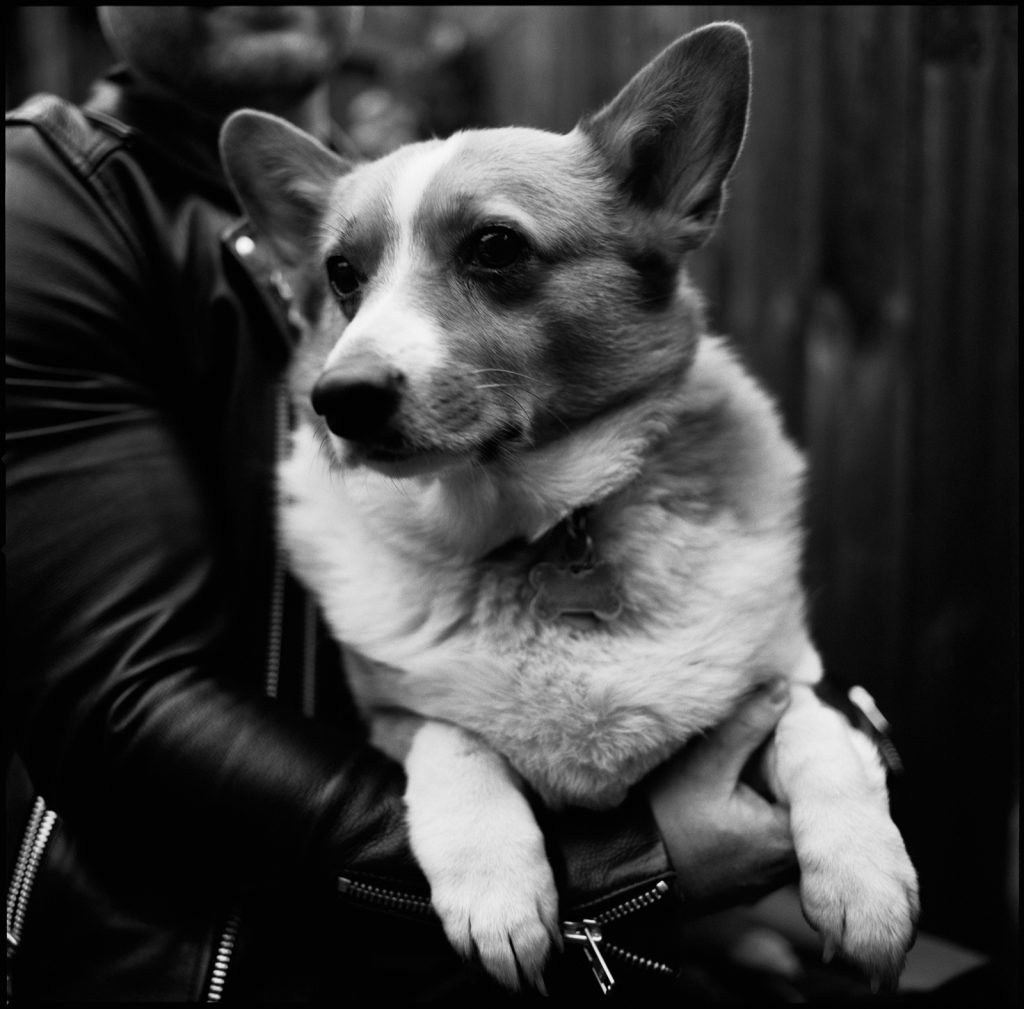 The following is an excerpt from Die Young With Me

IN THE HOURS BEFORE MY INJECTIONS—if I felt strong enough—I went on walks with Mom around the hospital. We made laps around the first-floor hallway. I moved ridiculously slow, rolling my IV and using it for balance.

There was a huge, open corridor that separated the two buildings of the hospital. Some rich person had donated a fish tank. The fish were bright exotic yellows and blues, oblivious to where they actually were. Watching them swim made me nauseous.

Across from the fish tank was the hospital chapel. Down the hall from the chapel was the hospice. I didn’t notice it until the second time we passed. The entrance door was left open. I glanced inside. I saw a boy, about twelve, sitting in a wheelchair. His face was turned away from me. His hair was black. He was alone. A leg was missing. I never looked at that door again.

Stacey found a bed for my mom at the Ronald McDonald House, right across the street. The parents of sick kids could stay there for free—it wasn’t the nicest spot, but it was closer than any hotel. I could see it from my window.

She didn’t need to keep sleeping in the chair across from me. She deserved a rest—or at least a fucking bed.

So Mom stayed with me every second of every day. She sat with me through the mornings, and through the brutal hours of my treatment. She stayed with me until the sun was down and the shifts had changed and the hallways of the ward were silent. Then, exhausted, she would kiss me on the forehead and go across the street.

In the nighttime, I was alone. And when I was alone, I was really alone. It’s amazing how much having someone there with me— just sitting in a chair reading, or watching the morning news—could normalize my situation. With no one to sit with or talk to, I had no way to guide where my mind went…

The drugs helped my lonely thoughts, but only so much.

My last round of pills came at nine in the evening, a few hours after the chemo effects began fading. As much as I hated the drugs, some nights I preferred feeling sick or stoned to facing the moments of total clarity that came in those late hours.

Sometimes at night, I plugged the cord back into the phone. I called home and said hi to Dad. I talked to Nat—always about the band. But the first night I called Ali, we got into an argument.

Junior Prom was in a few days—things had been moving so fast that I’d totally forgotten about it. Ali, however, had definitely not forgot about the prom. She still wanted to go, even without me. She just wanted to hang out and dance with her friends, then hit the after-parties. Besides, she already had a dress.

But for some reason, the thought of Ali going to the prom sent me into a rage. It was pathetic—she wasn’t going with a date, or anything. She just wanted to have fun. All her friends were going. All the normal kids were going.

Maybe that’s what pissed me off. “Go ahead—go,” I finally said. “I don’t want anyone putting their lives on hold because of me. Fuck it.”

Ali sighed. “I wish you were here to take me. I wish harder than you even know. But I can’t just sit in my house all day, every day, all the time, because you’re in the hospital. It’s driving me crazy.”

“WELL I FEEL SO SORRY FOR YOU!” The line went dead. Shit. Dammit. Fucking idiot.

The hesitant talk. The constant stress—I saw a conflict growing inside my girlfriend, the same way I saw it grow in my brother. Every time they got a chance to do something—play music, go to a stupid dance—they hesitated. It was like they were afraid to be normal anymore, because they knew that I couldn’t.

But that doesn’t mean it didn’t frustrate the hell out of me. More and more, I felt myself becoming a resentful prick. The loneliness and sickness were no excuse. I always took my bad luck out on them. I always pushed those two the hardest . . . And where did it get me? Sitting in a room with a phone in my hand, listening to a dial tone. Sitting in a room, alone.

Two nights later, when I was trying to sleep, I rolled over and ripped the IV from my arm. I jumped out of bed and flicked on the bathroom light to see what I’d done, and the mirror’s reflection was straight out of a horror movie.

The fluorescent lights made my face look translucent. Blood squirted out of my arm in a thick stream, soaking my hospital gown. I pressed the call button and held my arm over the sink. Blood was everywhere. I thought I was going to faint. I didn’t. I just stared at the ghost in the mirror and watched the blood spiral down.

On Saturday, as the nurse was hooking up my chemo, Mom said that my brother was driving up to visit. I said I wasn’t in the mood to see anyone.

“Nat’s driving all the way up to see you. If you want to turn him away, you can do it yourself.” I didn’t answer her. The nurse had started the drip. I felt the chemo spread through my throat and gut . . . Concentrate NOW—nothing, nothing, nothing. 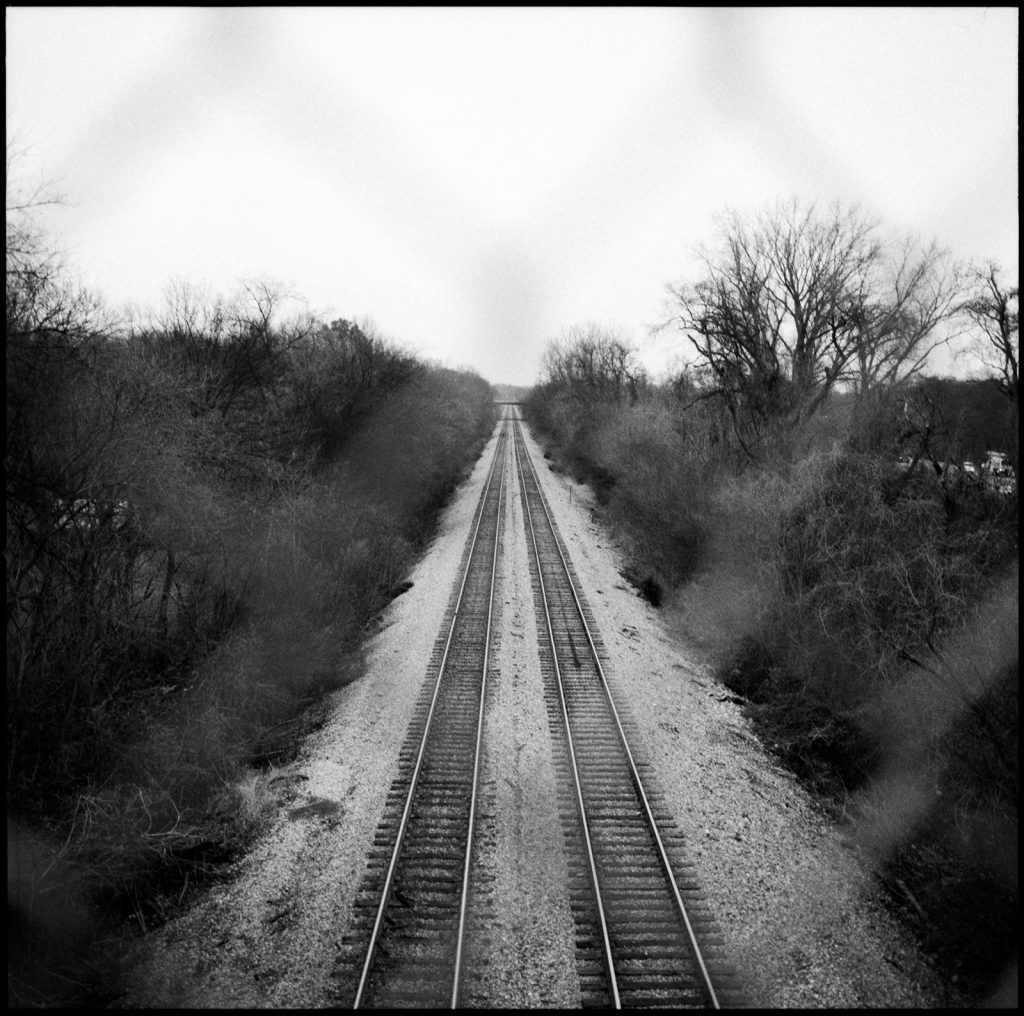 It was eight-thirty at night. Mom was already gone. When I heard the knock I was in bed reading, waiting on my last dose of pills.

“Yeah?” The door opened. Ali stood there alone. I put my book down and stared at her. She didn’t have on a prom dress—only ripped shorts, and a Bad Religion T-shirt.

“Whoa. What are you doing here?” Ali just shrugged, and smiled. She walked toward my bed. Why hadn’t I wanted her to go to prom, again? Why did I have to scream and bitch and guilt her to the point that she ended up here, wasting her night in this horrible place, wasting away with me?

But all that I said was—“Where’s Nat?”

“In the hall. He said he’d give us some time alone.”

I cleared my throat.

“Well, you still wanna dance?” I asked. My words came out hoarse.

Ali laughed. “In here?” “Why not? Help me up.” I pushed my feet down onto the floor. Ali held my shoulders until I steadied myself. I put my palms on her waist. She ran her hands over my shoulders, back behind my neck. She moved closer. When she pressed against me, my hospital gown draped over the curves of her body. She eased her head onto my shoulder.

I breathed in the smell of her hair. I memorized the heat.