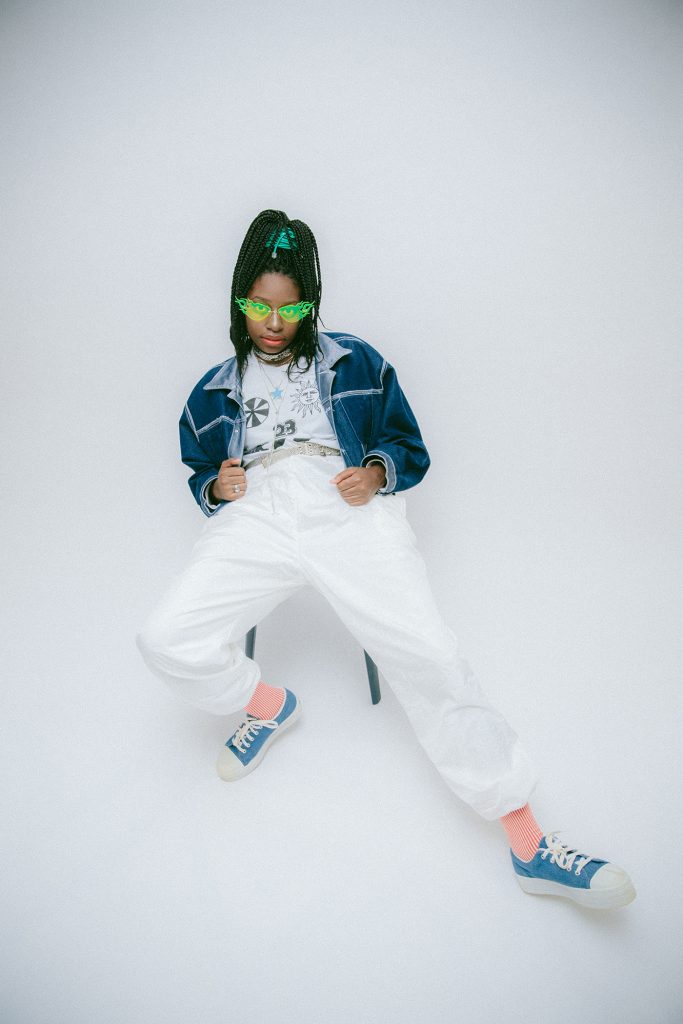 I grew up in the suburbs of Washington, D.C., where I attended a very large high school. I was one of some six hundred kids in my graduating class. In a student body that vast, it was impossible to remember everybody’s name, so my friends and I often deployed these sort of mental heuristics to identify the unfamiliar among us. To put it simply, we used nicknames. There was one kid a grade below me, for example, who wore blaze orange every single day, head to toe (remember when Kanye shutter shades were a thing? He had a pair in his signature hue). We only ever knew him as Neon, a superhero-like moniker he appeared to embrace.

Daisha McBride’s Twitter handle had a similar genesis. Born and raised in Knoxville, McBride attended Harden Valley Academy, the second largest school in the county. As McBride puts it, “kids were known for what they did” at HVA.

“I would always be that kid at lunch just beating on the tables, rapping,” McBride says. “And they’d be like, ‘Oh, that’s the girl that raps!’ So just to be funny I made all my social media stuff The Rap Girl, and it just stuck.”

I meet McBride at a Starbucks on Murfreesboro Pike, close to her new apartment. She moved to Nashville in the spring after graduating from MTSU with a degree in music business and marketing. It was her parents that demanded she further her education.

“I was not trying to go to school,” McBride says. “I just wanted to graduate and do music full-time.”

Yet McBride will be the first to tell you that she wouldn’t be where she is without those four years in Murfreesboro. The first time she ever rapped in a studio was at Middle Tennessee. But more importantly, it’s where she went viral.

“I posted a video at night, and then I went to sleep because I had a 9:10 [class] in the morning,” McBride recalls. “And then I woke up and I thought something was wrong because I had all these notifications. I was like, Who died? Did I get hacked?”

The video was simple enough—McBride, in her dorm room, rapping at breakneck speed over a Nicki Minaj beat with her roommate’s boyfriend, the hype man, dancing in the foreground. When McBride went to sleep that night, she says she had a “normal” number of Twitter followers (about one thousand). She woke up with fifteen thousand. One of her new followers: Missy Elliott. “I cried when that happened,” McBride confesses. 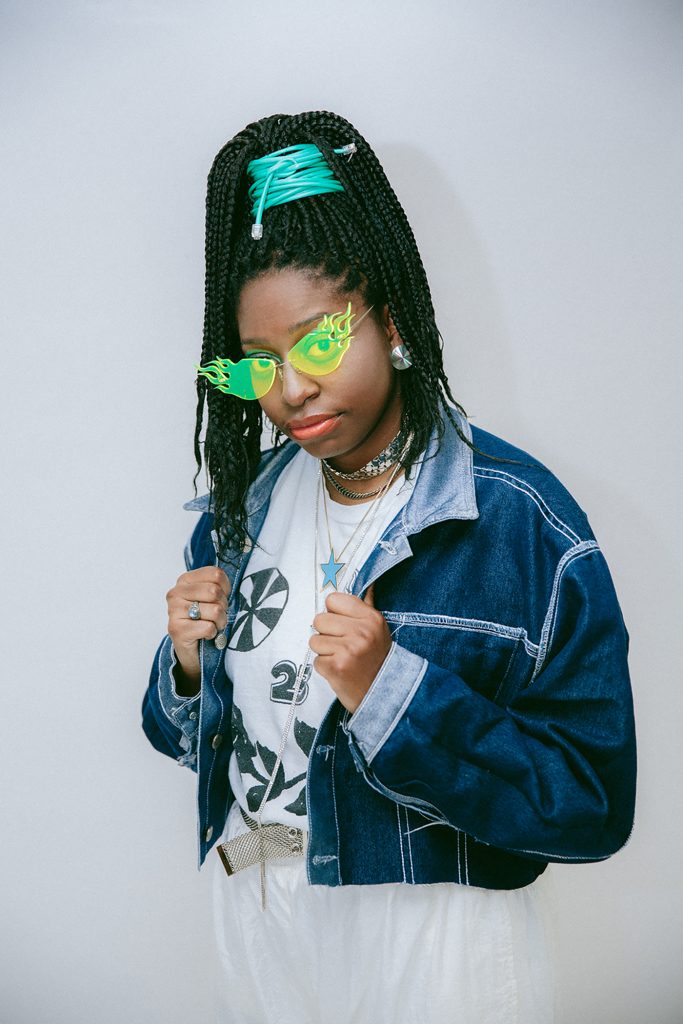 That was in 2015. As we talk over coffee, I check McBride’s follower count. She has almost seventy-three thousand followers on Instagram and Twitter combined. She will no doubt accrue more in the coming weeks. For now, she’s riding the wave of her newfound internet fame, even if she doesn’t know why or how it happened in the first place. She’s talented, obviously. She knows that. But talent and virality don’t always go hand in hand. See: Rebecca Black.

McBride is a literal overnight success. Waking up with dozens of thousands of new fans was intimidating, even for a consummate social media pro like McBride, who is always on the prowl for the new app du jour. She admits that it’s getting out of hand, all the new ways to connect with fans.

“I feel like there’s a new app every day. I remember Periscope used to be a thing. And going live on Instagram is now a thing,” McBride says. “It’s a lot to manage sometimes. I just wanna rap. If anything else comes out, I might just be like, Nah, I’m good.”

It’s not that McBride doesn’t enjoy her massive following; every artist wants fans. But she does relish in anonymity, staying low key. Nashville, like her big high school and even bigger college, affords her this opportunity. McBride has always been a big fish in a much larger pond.

“I kind of like being unknown,” McBride says. “Every time I do a show or something, people come up and they’re like, ‘Who are you? Where did you come from?’ And I love that. I like the underdog feeling. I like big crowds.”

But McBride, twenty-two, had to start small. She wrote her first rap when she was ten years old for an audience of one: her dad. She rhymed a few bars as a Father’s Day gift in lieu of a tangible present. She is still proud of her first line: “It’s Father’s Day now so go and grab your dad / but don’t forget a gift or else you’ll make him mad.”

Even with this promising start, McBride says she didn’t take rapping seriously until high school. Freestyling in the cafeteria led to her first real show, a pep rally. With two thousand people packed in the bleachers, she felt pretty legit. McBride wrote and performed an original pump-up song that, despite making its debut in what she called a “terrible performance,” eventually found its home in the PA system, blasting through speakers before HVA sporting events.

McBride has since performed in Orlando, Houston, and Chicago. In Nashville she has shows at Mercy Lounge, Cannery Ballroom, The High Watt, and Basement East under her belt. The goal now? Radio play, though she knows full well her music could be bookended by some nauseating songs.
“There’s a lot of, like, trash. I turned on the radio the other day and they had Lil Pump talking about being a drug addict and I was like, Wow, this is a real thing,” she says, bewildered. “I don’t try to talk about trash. I try to make conscious music for the most part. And I don’t use profanity, which a lot of people like. I think that’s rare unless you’re a strictly Christian rapper.” While McBride wouldn’t go so far as to classify herself as such, her Christian faith and upbringing certainly inform who she is as a musician. 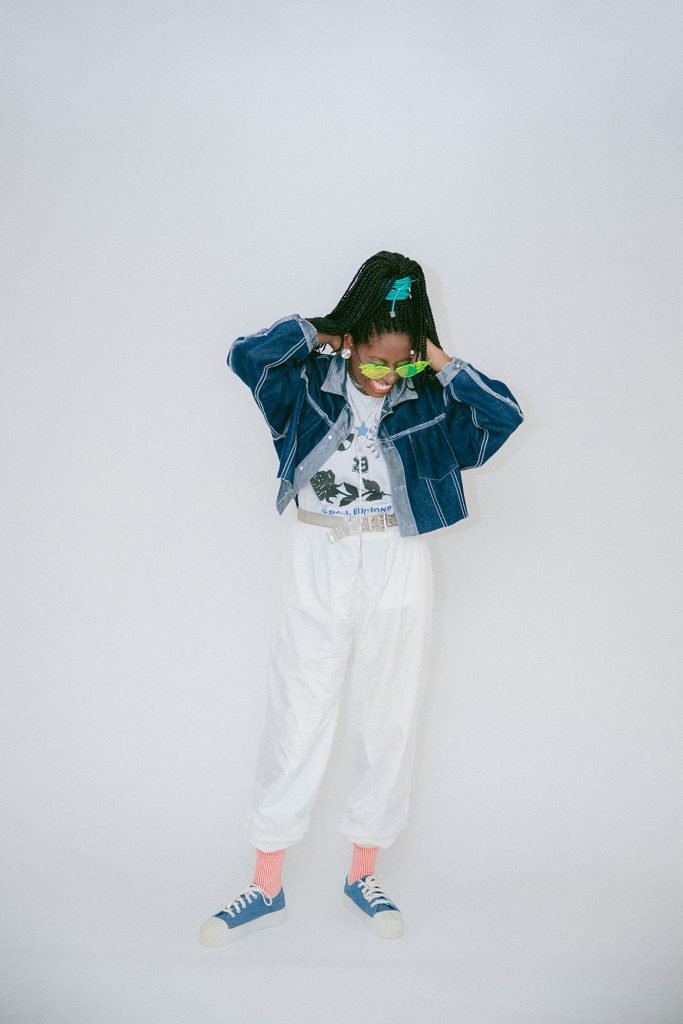 “I am a Christian, but I’m not trying to categorize myself,” she says. “If I want to talk about going out and partying, I’m going to talk about going out and partying. I don’t know. I might talk about God in a song every now and then, but I feel like I’m more diverse than that. And when you call yourself a Christian rapper, it kind of puts you in a bubble and you can’t really get out of that bubble.”

This is why, when I ask about influences, McBride mentions Chance the Rapper before anyone else—before Nicki Minaj, Lauryn Hill, or Missy Elliott. Chance, quite literally a man without a label, escapes any sort of classification while frequently making music about his spirituality.

“He’s real. He’s not afraid to talk about his faith,” McBride says of the Coloring Book rapper. “He’s not afraid to talk about the fact that he did drugs. Like, he had Acid Rap. He was literally on acid! I just like how real he is and I just think his voice—we haven’t heard anyone rap like him.”
McBride, like Chance, is somewhat of a musical chameleon. It takes only a few flicks of the thumb through @the_rapgirl Instagram feed to fully comprehend her range as a hip-hop artist. There are, of course, the Nicki-inspired bangers and the Cardi B samples. But McBride also embodies an L. Boogie–era Lauryn Hill style, a laid-back approach to rapping that feels closer in spirit to slam poetry than rap, though the two aren’t mutually exclusive. McBride’s recent single “Extra!” sounds like it could be a bonus track on the classic Fugees album The Score. I know what you’re thinking, but seriously. Go listen to it. 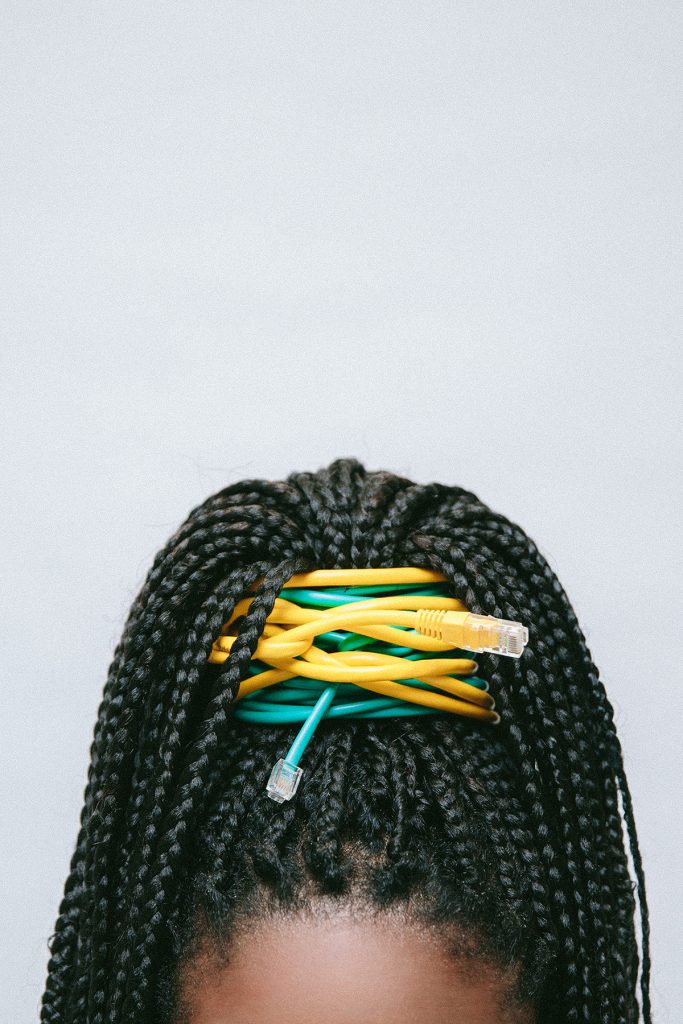 McBride is also skilled at blurring the line between genres. In one video, she gives us a few bars over country artist Sam Hunt’s “Body Like a Back Road.” When it comes to rapping over original beats, McBride has a go-to producer in her friend Tyler Sechrest, a.k.a. Big Bruno. The pair met in a copyright law class at MTSU. As is the norm, Sechrest introduced himself by telling McBride he follows her on Twitter. McBride says she’s in the studio with him at least three days a week, trying to bring Nashville hip-hop into the mainstream.

“Hip-hop in Nashville—it’s still kind of underground. And right now, I’m performing at a lot of pop shows,” McBride explains. “I’m the only hip-hop act there. So I’m probably going to ride that wave for a while and show people that Nashville is more than country and pop.”

McBride knows she isn’t an island. Her friend, former classmate, and frequent collaborator Evan Dupri is one of her favorite rappers (pro tip: add their song “Money To Be Made” to your house party playlist). Dupri recently moved to Atlanta, but McBride says she’s also been working with past NATIVE cover artist Mike Floss with hopes of making some songs together.

Ironically enough, this kind of musical collaboration is an essential part of being a solo hip-hop artist in 2018. With all the features included, solo album credits now read like phone books. So much so that a new bragging point for rappers is producing songs or albums without features. (Follow any J. Cole fans on Twitter? They’re insufferable.) 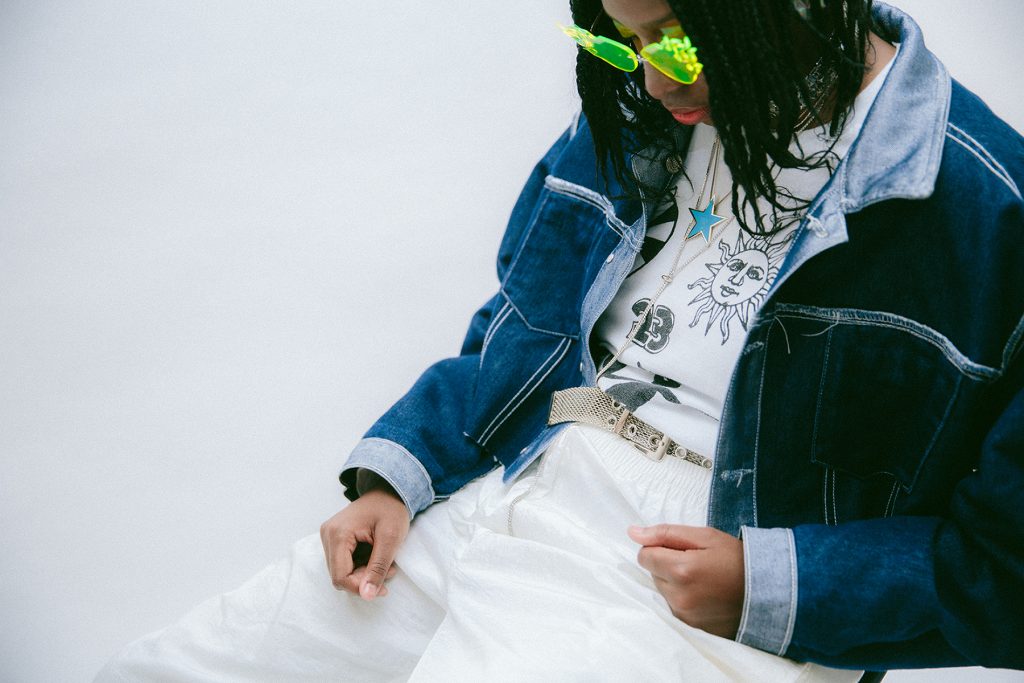 Nicki Minaj, whom McBride “stans,” is often one of those featured rappers. At the same time, Minaj packs her own albums with features. McBride just wishes those artists were women. “I feel like there’s no unity in female rap,” she says, “which is terrible.” McBride casually mentions something I had never noticed before—Nicki Minaj has never featured another female rapper on her solo albums. The two of us hypothesize why that might be: ego, competition, a strong distaste for other “femcees.”

“I just think that would be dope, if you had a song with Lauryn Hill, Missy Elliott, and Nicki Minaj,” McBride says, just spitballing a dream team lineup. And she doesn’t consider it outside the realm of possibility, despite what history shows us. “Because, I mean, the guys have done it. You have Lil Wayne, Jay-Z, and Drake all on one song. It’s possible. I wish the girls would do it.”

We eventually settle on competition as the reason this monumental, female-dominated song doesn’t yet exist, though McBride doesn’t think that’s a good excuse whether you’re performing on Cannery Row or selling out Bridgestone.

“There’s enough people out here,” McBride says. “There’s enough different types of listeners for all of us to get plays. If you’re dope, I respect you—you’ve got to give people their props. You can’t hate forever.”

Daisha McBride’s latest single, “Money To Be Made,” is out now.