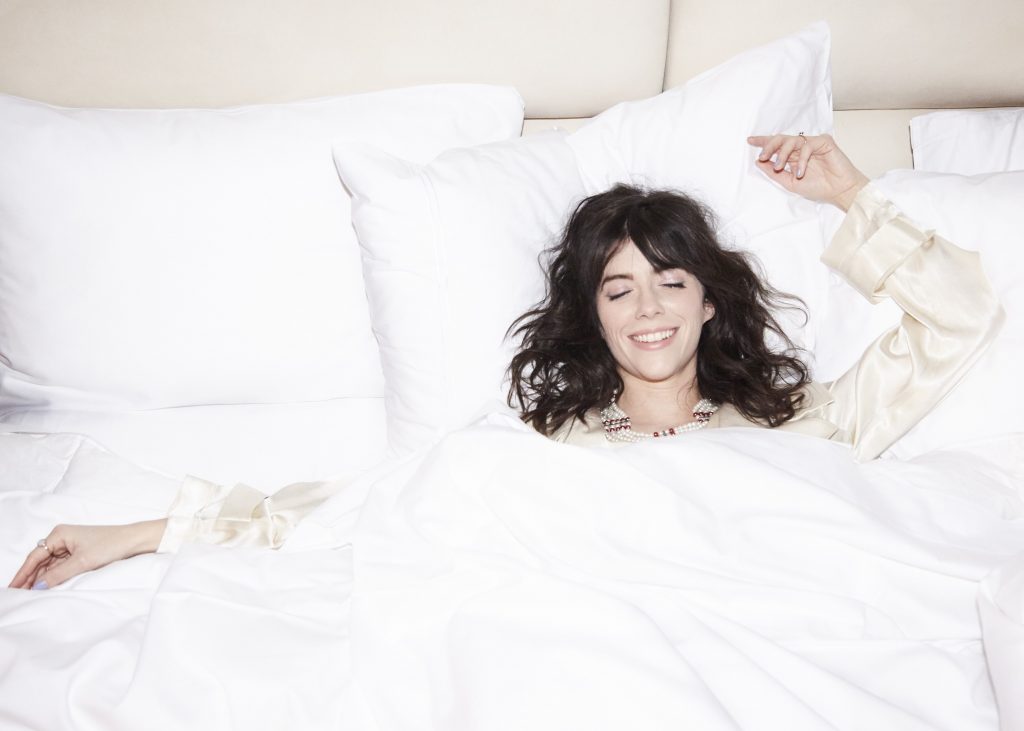 Natalie Prass wasn’t alone in being surprised—shocked, even—by the night of November 8, 2016. But her reaction to President Donald J. Trump’s election was a bit stronger than most. At the time, the critically acclaimed indie-pop songstress had her second album planned out and ready to go; all she had to do was hit the record button. But all that changed in a flash.

“I immediately knew that if I released that record, I would never forgive myself,” she says, sipping tea on a sunny morning in Nashville, now more than two years removed from election day. Scrapping that ill-fated “relationship record” led to a split with her former label, but what she created instead is something more intriguing. The Future and the Past is a funky mix of experimental pop and gospel that takes aim at America’s progress toward real gender equality . . . and spoiler alert: the picture is not as promising as once thought.

Having spent the past few years in her native Virginia—where both The Future and the Past and her mesmerizing 2015 debut, Natalie Prass, took shape—Prass is newly returned to Nashville and now far enough away from that delirious night to parse the personal fallout. She was certainly rooting for Hillary Clinton, but not just because she wanted to see a female president in her lifetime, Prass says. She saw Clinton as the more qualified candidate by a long shot, and that, perhaps more than anything else, forced the singer-songwriter to stop quietly enduring the hidden injustices around her.

As a semi-autobiographical fusion of music and activism, The Future and the Past lays out those injustices, from double standards in the workplace to tacitly accepted domestic violence, and yes, the sizable contingent of voters who chose a reality TV star over a serious stateswoman.

“[Clinton] was like the dorky girl in school running for class president who put all the posters up and did everything she could,” Prass says, explaining the wave of emotions Trump’s victory unleashed. “She was ready and prepared, and then this nasty misogynist guy—who never even tried—beats her. That story is just so tired and it’s still happening, and I felt hopeless. It made me feel like, ‘What am I doing trying to run my own business? Why am I trying to say something and make a difference?’ . . . I’m getting emotional even talking about it now.” 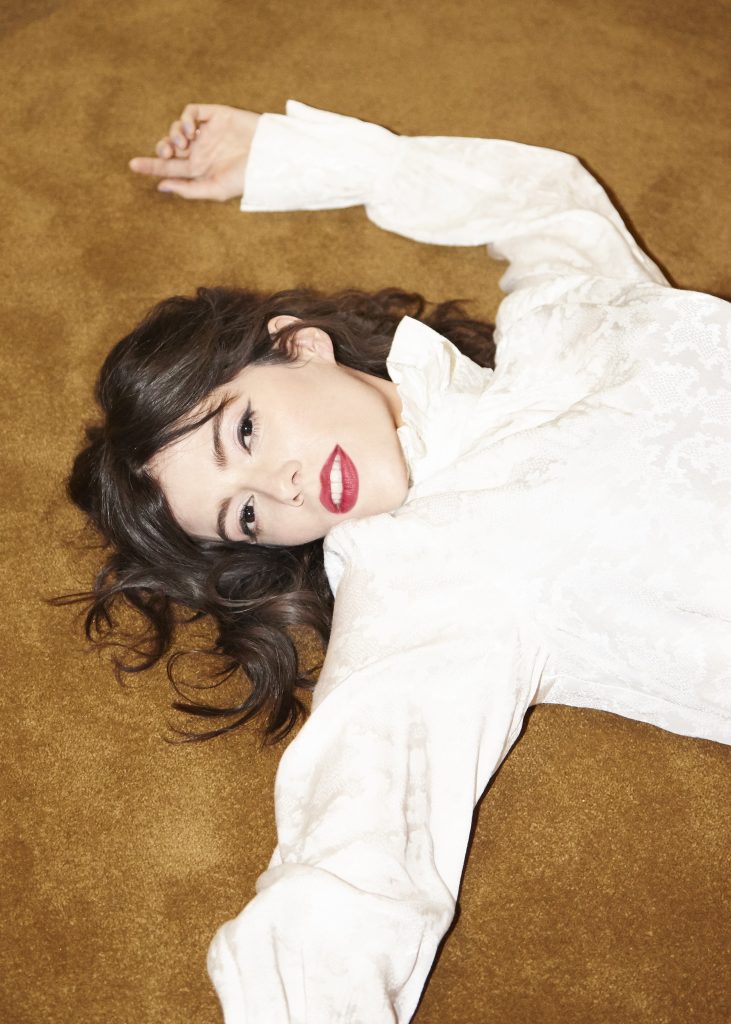 Prass spent the next month holed up at home in Richmond, scouring news reports for answers about how this could happen, but eventually realized her catharsis would only come from within. She rented a local rehearsal space and set to work getting all of her “depressing shit” out, working by morning to avoid the metal bands who shared the space. “It was like, I’m-crying-while-writing-this stuff,” she says with an uneasy chuckle. “But I knew that wasn’t the record I wanted to make. I needed to put some joy into the world.”

Inspired by politically conscious R&B heroes like Stevie Wonder and Curtis Mayfield, plus the gospel music that was keeping her spirits up, Prass and producer Matt White landed on a sound she describes as “rich and big”—one that’s more groove oriented than her previous work. She started sorting through what it’s really like to be a woman in a world that is supposed to be past gender discrimination but constantly falls short—especially in the music industry.

“You’re just on a tightrope constantly, especially if you’re in charge,” she says. “It’s like you can’t be too this or too that—you have to know when to bob and when to weave. Because otherwise you’ll be labeled as ‘difficult’ or as a ‘bitch’—you’ll be written off as too hard to work with. But if it were a guy, that would be normal. It’s amazing when I see Matt say something in the studio like, ‘This is what I want,’ and everyone is like, ‘Cool.’ But if I say, ‘This is what I want,’ everyone is like ‘. . . Okay.’ It’s a little uncomfortable sometimes.”

At the heart of the album is “Sisters,” a track that might be the the best introduction to Prass’ headspace. Featuring jazzy piano jaunts, drum-machine beats, and a gospel choir, its anthemic chorus is an honest call to action. “Keep your sisters close / Gotta keep your sisters close to you,” it goes. Prass says elsewhere on the record, she was trying to channel Wonder’s ability to speak truth without judgment, but with “Sisters” she couldn’t hold back. 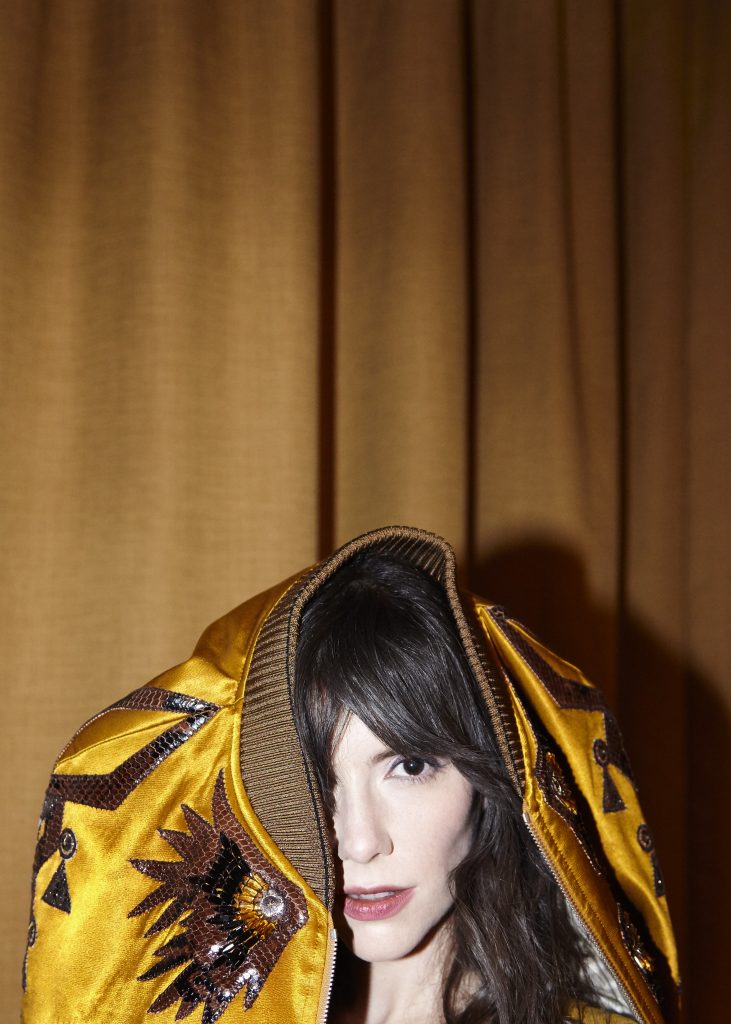 “I wanted to talk about family leave, working, and the pay gap,” she explains. “I know for a fact I make less money than my male peers for shows, but I don’t know why. I also wanted to talk about abuse, domestic violence, and I wanted the chorus to be this rally cry where everyone comes together like, ‘We can change this.’ Because no matter what your political thing is—left or right—all women face these issues.”

Tracks like “The Fire” explore how these issues can manifest in unhealthy relationships—and how sometimes people can’t help touching a flame, even when they know it will burn. Propulsive yet introspective, with breathy vocals conveying both guilt and strength, the song is equal parts slow-burning dance-floor jam and questioning think piece.

“That’s a relationship song,” Prass says, “but it’s also political in that the person I was in a relationship with had so much power over me, and he made it known constantly. I was embarrassed that I was even trying to give it a shot, and I knew it was bad, but he just knew how to bring me back in.”

Its surreal music video brings the political side to bear. Filmed amid a jumble of massive plaster cast presidential busts (which are currently rotting away in a Virginian field), Prass dances all around, with the message being that women are a part of their world—whether they like it or not. But it ends with a twist, effectively questioning how this period of American history will end up. 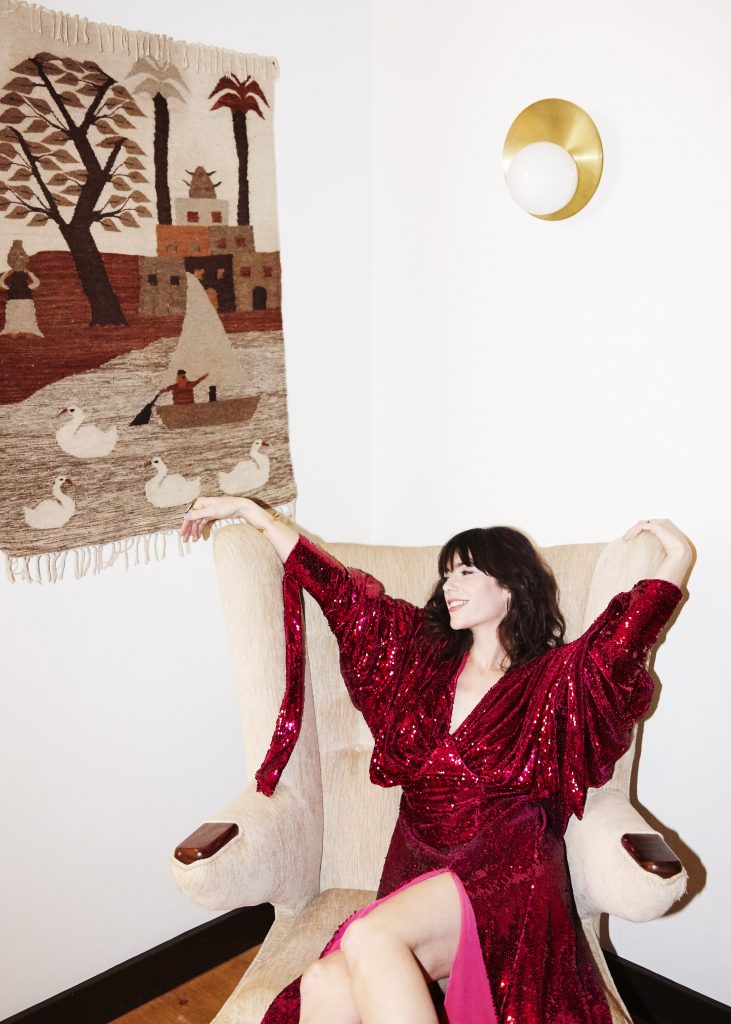 Meanwhile, “Ship Go Down” paints a fairly bleak picture of that endgame. Starting off slow and measured, it steadily devolves into unhinged chaos in a way that echoes American politics, finishing off with the tick-tocking of a clock and a wailing vocal which plays off the hook “It’s crazy to see a ship go down.” Broadly inspired by the idea that our priorities are backward, Prass says visiting a sister who lives in Germany brought the track into focus. Instead of the hyper masculine, every-man-for-himself system she was used to back home, she felt welcomed by a society structured around improving lives.

“In Nashville, for instance, teachers, cops, firemen, they can’t afford to live here, they have to live outside of the city,” she says. “How sad is that? I think it’s really disturbing when guns are a part of our culture but healthcare isn’t, and people just expect to be in debt and claw our way through life. That’s no way to live, and it’s just getting worse.”

Having recently returned from a European club trek, she’ll take her message of feminine common sense on the road in January with Kacey Musgraves, another progressive artist determined to challenge the status quo. Calling Musgraves’ surprising Album of the Year win for Golden Hour at this year’s Country Music Association Awards “a victory for all women,” Prass says they’ll both be looking to spread ideas of positivity and inclusivity, and says that despite our lingering problems, hope remains.

“It’s hopeful that more women than ever are running for political positions,” she says, vowing to continue speaking her truth through socially conscious pop from now on. “That is the only good thing, I think. People are talking about all these tough issues, and they make us feel uncomfortable, but that’s part of growing. That is the silver lining for sure . . . Hopefully it doesn’t backfire.”

The Future and the Past is available now. Natalie Prass is on tour with Kacey Musgraves now through January 26.