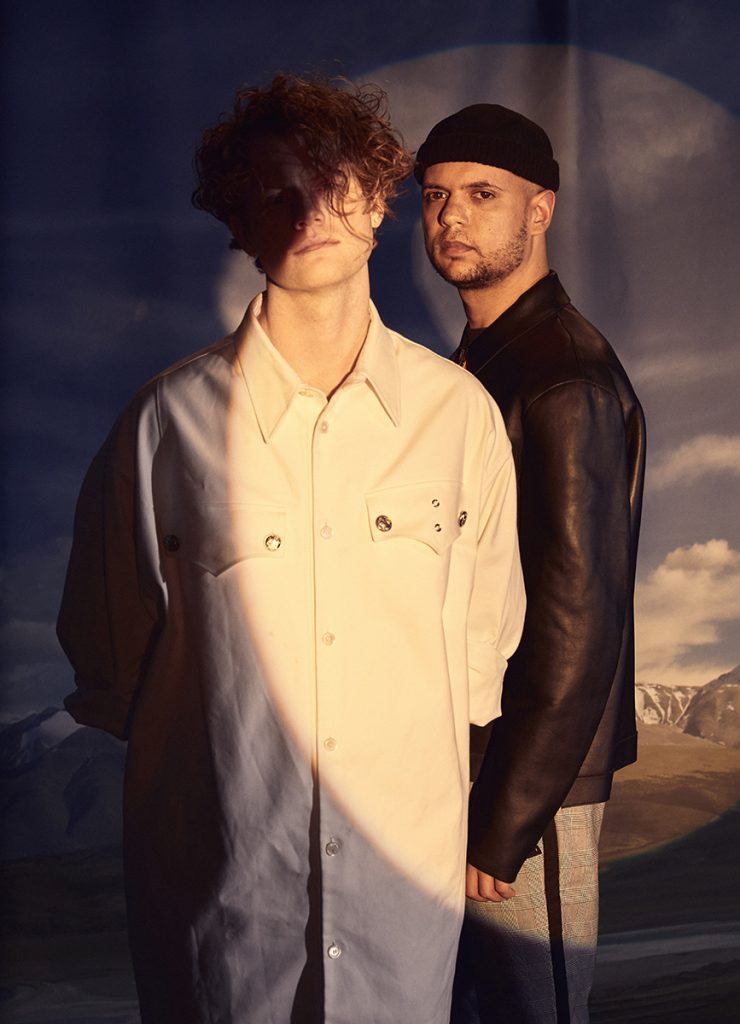 You’d be forgiven if you thought Biyo appeared out of thin air.

The future R&B duo have exactly six recorded songs to their name—including “Juke,” their first new song in a year—amounting to just under nineteen minutes of music. And yet, they played both Bonnaroo and Forecastle, toured with Washed Out across the Southeast, and packed the creative coworking space WELD nearly to capacity for a single release party last year.

“This past year was such a . . . I just felt so lucky all year,” singer Grayson Proctor tells me from his living room. “I had the biggest imposter syndrome. We should not be here! Like this is wild.”

Proctor is at home, a former girls’ school turned apartment building near Zanies on 8th Avenue. It’s the one building on the street that doesn’t look like it was built within the past six weeks—a squat brick bungalow on its second life, living in constant threat from the surrounding townhouses and ultra-modern duplexes.

In a way, Biyo is Proctor’s second life as well. Formed in 2016 by Proctor and keyboardist Sam English, Biyo is an outgrowth of Proctor and English’s decade-spanning tenure in the Columbia, Tennessee, rock outfit Vinyl Thief.

“When I moved from Texas, they were already a band called Friday Special. They were like an instrumental band and then the youth pastor was like, ‘You guys could be a worship band. You need a singer. Grayson just moved here.’ So, he paired me with them and it just went from there.”

Proctor was just fifteen when he joined Vinyl Thief. Before that he ran concert lighting for his uncle, Christian Contemporary artist and Gaither Vocal Band member David Phelps. “When I was thirteen, he handed me a manual to a lighting console and was like, ‘I just fired my lighting guy, will you do it?’ And I was like, ‘Sure!’”

Vinyl Thief was a capital R rock band, writing and recording songs that sounded more like The Killers than the shape-shifting, contemporary pop music that Proctor and English now make as Biyo. They tussled in Road to Bonnaroo, found themselves in regular Lightning 100 rotation, and fit neatly into a groove that had been worn by fellow local pop rock outfits like Paper Route, Wild Cub, and COIN. 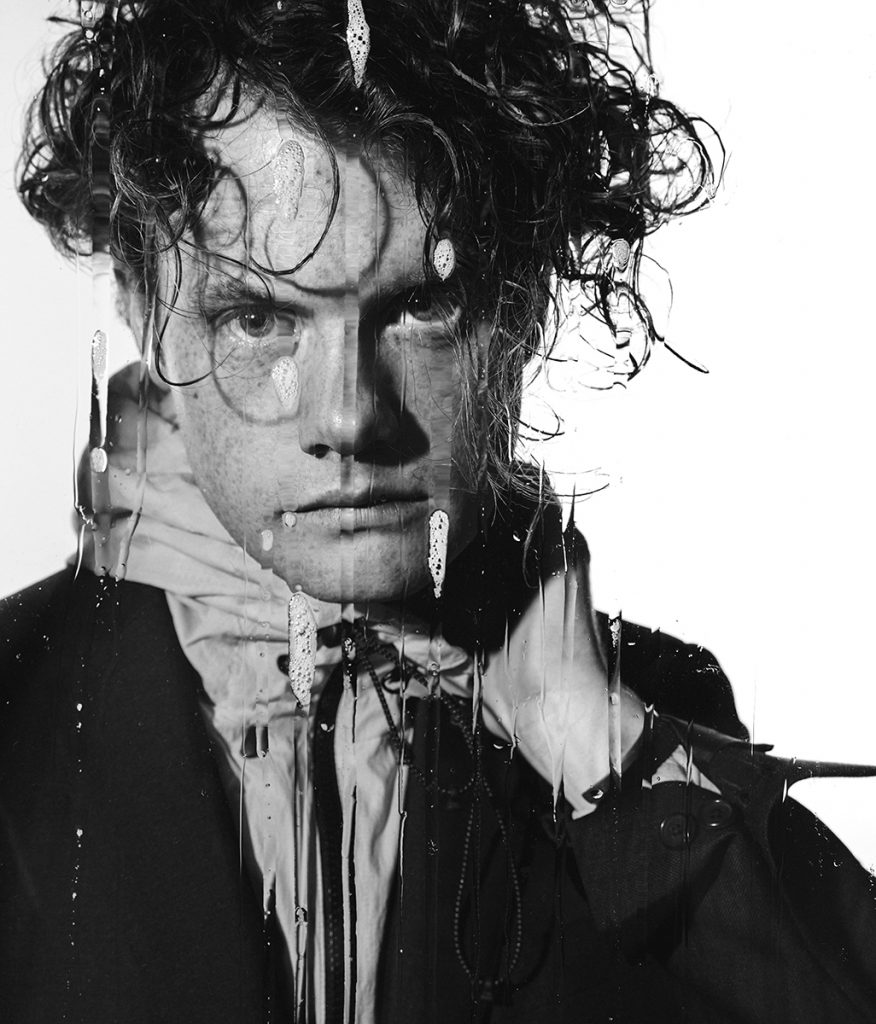 Before the band ended in 2016, Vinyl Thief represented nearly half of Proctor’s life. There’s a reason why university professors often take a sabbatical after seven years—the accumulated burnout can make you feel like you’re drowning. Add personal crisis to that burnout, and the pressure can reach astonishing levels.

“I think I just had a lot of things building up that I wasn’t dealing with in my head. Like my mom passed away from breast cancer five or six years ago,” Proctor says. “We were literally on tour in Jacksonville, Florida, the night that I got the call that she went in the hospital. And so we rushed home, drove all night that night. But that was the way I got through it in the immediate time. I just worked. And just focused in on that. Like nonstop, obsessively . . . So I never took a moment to grieve or really deal with any of those feelings at all. And I think it just started to build up over two years.”

With Biyo, Proctor and English have completely shifted out of the mode of being in an ambitious rock band, climbing the music industry ladder, always chasing the next big career move. Instead, they’re moving more slowly, only putting out material when they feel like it. The trickling output of new music is intentional—a total change of perspective from the previous ten years.

“Early on we had a vision like we wanted to be this massive rock band. So, we were just, you know, train tracks straight ahead like pushing towards that as hard as we could,” Proctor tells me about playing in Vinyl Thief. “Biyo, so far, has been . . . really all about having an idea and it not having to follow a rule book.”

Moments before our interview, Biyo released their first song in a year, a minute-and-fifty-second-long piano tune that abruptly transforms into lush lo-fi beatmaking. There’s not much to it, but that’s also what makes it a remarkable piece of music—the minimalism in “Juke” brings all of the disparate elements to the forefront, allowing the listener to absorb and ponder them as both component parts and a complete product. It creates space for thought. Also, it’s a solid bop that drinks deep from curious, of-the-moment sounds.

The song and music video were released suddenly and without fanfare on a Twitter account that had been conspicuously cleared of its history. That, according to music industry veterans and countless Belmont professors, isn’t how you’re supposed to do things.

“Over the past year, we were told a lot, ‘No, you can’t. There needs to be a rollout plan, like logistics and stuff like that.’ And we had that a bit in Vinyl Thief too,” Proctor says. “This project is just more about like just making the thing and then putting it out and feeling the freedom to continue on to make the next thing.” 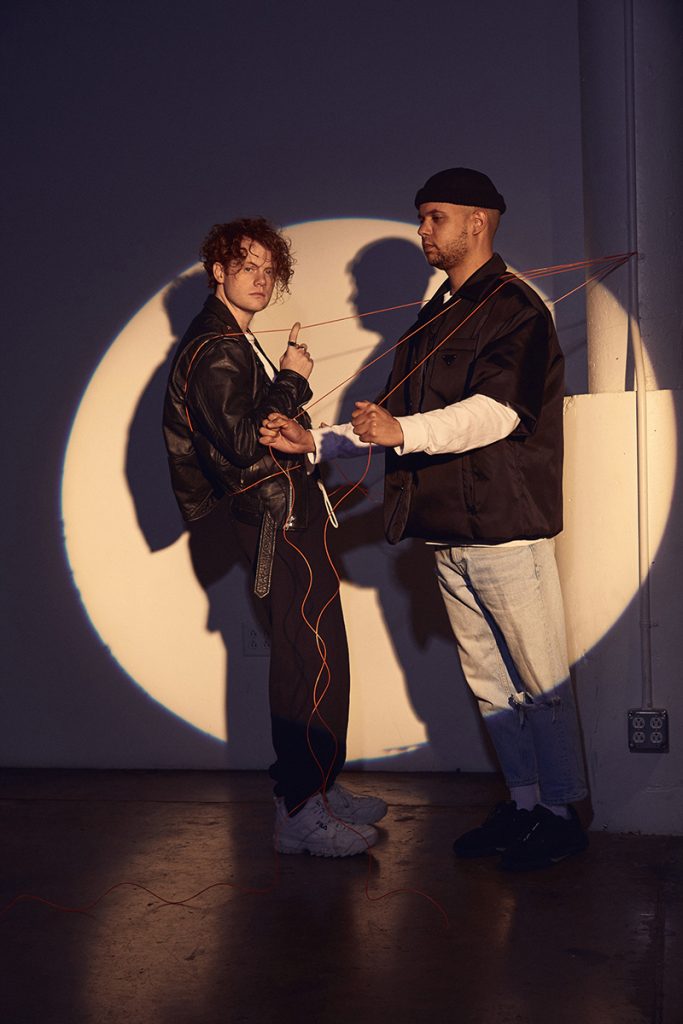 It isn’t just the scarcity that sets Biyo apart from the work that Proctor and English did in Vinyl Thief. As the two shied away from local rock, they found themselves in the middle of a growing community of pop and electronic artists trying to find their own way. Kaptan, who opened the last Vinyl Thief show at Mercy Lounge, was the gateway to pop and R&B artists like Milly Roze. In their infancy, Biyo even did a January 2016 remix of Kaptan’s “Everything.”

“I’m so lucky to work with a lot of cool people around town like, people around our age, that are doing some of the most interesting work in town. Like Thad Kopec, Caleb Groh, Amanda [Bantug], Reggie [R.LUM.R], James Droll. I have been so fortunate to write with a bunch of these people.”

That pop community is something of a different shade of the Belmont underground that Proctor happened into when he was nineteen and his sister snuck him into a Kopecky Family Band show at Exit/In. That Belmont scene was rife with artists disappearing into each other’s bands, with artists like Evan P. Donohue, FORTIES, Diarrhea Planet, and Big Surr developing in different, collaborative directions.

There’s a lot of that DIY spirit in Biyo, who will at last release their debut album in the coming months. “One thing that I love—and when I get in a rut, it always helps me—is to remember to try and embrace the mistakes,” Proctor says. The mistakes have taken the shape of a hundred tracks, all pieced together like a collage over the course of September and October. The record is by Biyo, but the fingerprints of the community are all over it. Tracks made with producer Jon Santana merge into acoustic loops contributed by R.LUM.R and wrap into a package that is uniquely Biyo. 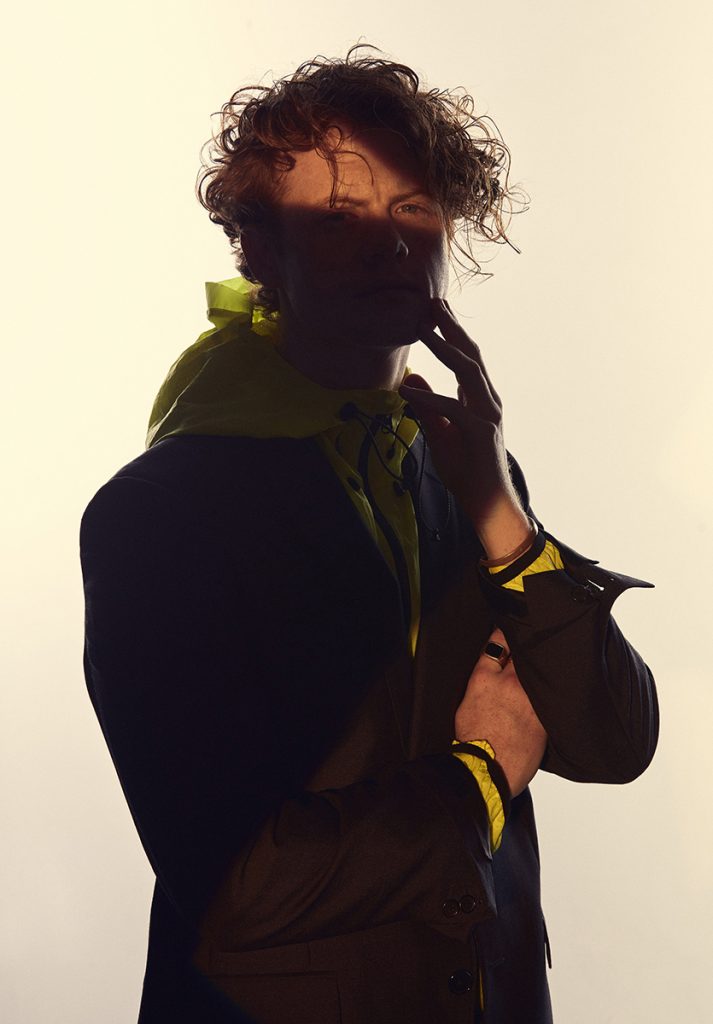 At the end of the day, Biyo’s success comes down to the core of how the partnership between Proctor and English works.

“I’ll obsess over every detail. I’ll think through every scenario to a point where a lot of times it just keeps me from putting out anything. Sam’s a good balance because . . . any time I’m like, ‘Should we put this song out, like what do you think we should do?’ He’s just like, ‘Why not? Why wouldn’t we? Why wouldn’t we put it out?’”

It’s a good mantra. Why wouldn’t they put out the song? On the strength of five songs, Biyo has achieved heights that the five teenagers in Vinyl Thief could only dream about. But, as the duo makes their way toward releasing their first cohesive work, don’t expect them to play by the music industry’s rule book. Proctor and English are determined to do things their way, come hell or high water.