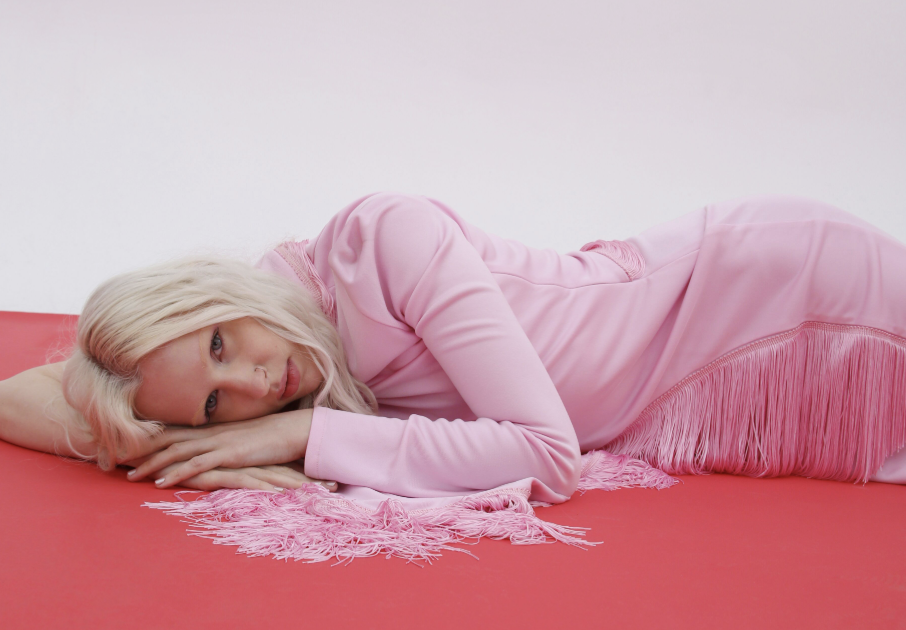 The first thing Darren and Stacy King ask me about is my wedding ring.

We’re sitting across from each other at the couple’s dining room table, steps away from the room where their daughters (six-year-old Scarlett and two-year-old Solenne) are occupying themselves while we chat. They ask me about my story before I can ask them about theirs, and they really mean it. Romantic love, after all, is at the center of what makes Sucré tick.

“Whenever you get to make music with the person you love, there is an added joy,” Darren tells me. “And connection,” Stacy adds. That much is undeniable. But, to understand what Sucré has become, you need to understand where Stacy and Darren came from.

Stacy King (née DuPree) joined her sisters in the band that would eventually become Eisley when she was only eight years old. Based in Tyler, Texas, a small city east of Dallas, the DuPree siblings (now counting brother/drummer/ten-year-old Weston among their ranks) took roost in their parents’ church-venue-turned-coffee-shop as the house band, where their whimsical indie pop quartet opened for emo, indie, and pop punk acts. As buzz grew, Eisley found themselves signed to Warner Bros. and touring with Coldplay.

“[It] was like the most insane culture shock you could ever imagine,” Stacy says. “I was shell-shocked and I was also so starstruck because I was a kid and they were my favorite band.” 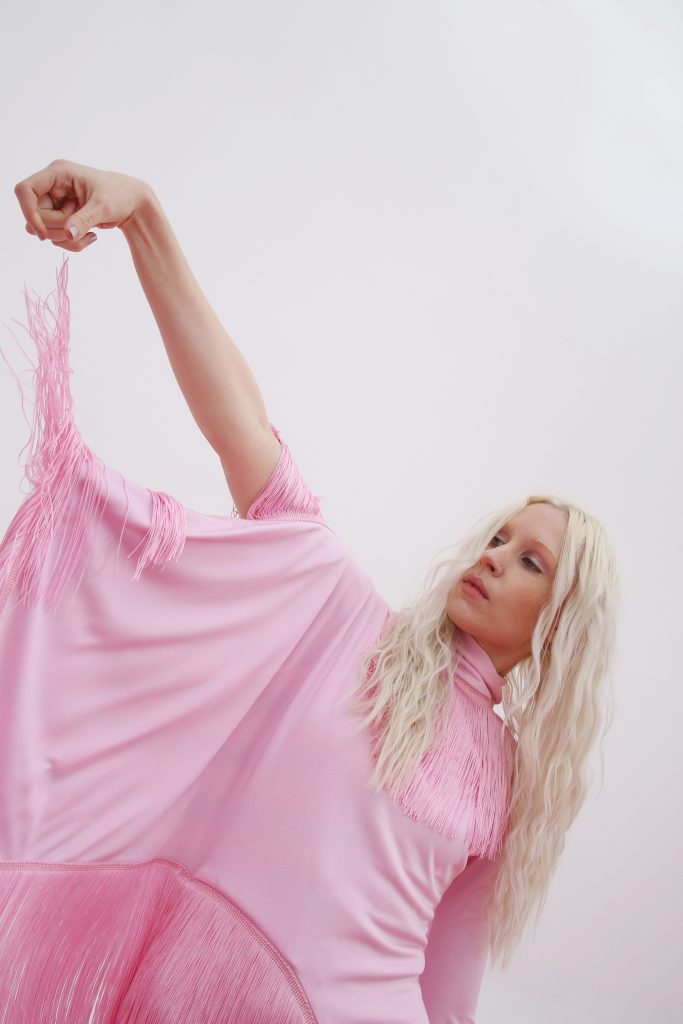 Meanwhile, four hundred miles southeast of Tyler in New Orleans, drummer Darren King was toying with Mutemath, an electronic-inflected rock band that took inspiration from artists like Björk and UNKLE. Mutemath found a similar groundswell, rocketing out onto the major label radar through dynamic, gymnastic live shows and a heady but approachable take on electronic rock music.

Both bands found fast but frustrating success in the music industry. For Stacy, her band of “weird little homeschool art kids” (as she calls them) was pushed toward bubblegum pop rock. “Our label wanted us to tour with Hilary Duff and be like the next pop whatever, you know, sibling pop act,” Stacy says. “We had to fight that off.”

At the same time, Mutemath’s debut was misrepresented as Christian rock by Warner, a promotional misstep that could have cost the growing band the secular audience that it really aimed for. It’s easy to see how Mutemath and Eisley could find common ground. They toured together in 2007, including a date at the now-defunct Nashville venue City Hall.

“I remember that whole tour more than any other tour,” Darren says. “I was pretty brokenhearted. Just a few months prior, my first real dating relationship had ended and I was devastated. And I was not expecting to have a crush on anyone, even though I was a big fan of Stacy and I was excited to get to know her. But I just couldn’t help [it], every night, watching their whole show.”

At the same time, Stacy was deep into her first real dating relationship and pumped the brakes on the crush before it could take hold.

“Three days later, after the tour was over, she emailed me saying, ‘Let’s not ever speak,’” Darren says.

“I don’t know if I was that bold,” counters Stacy. 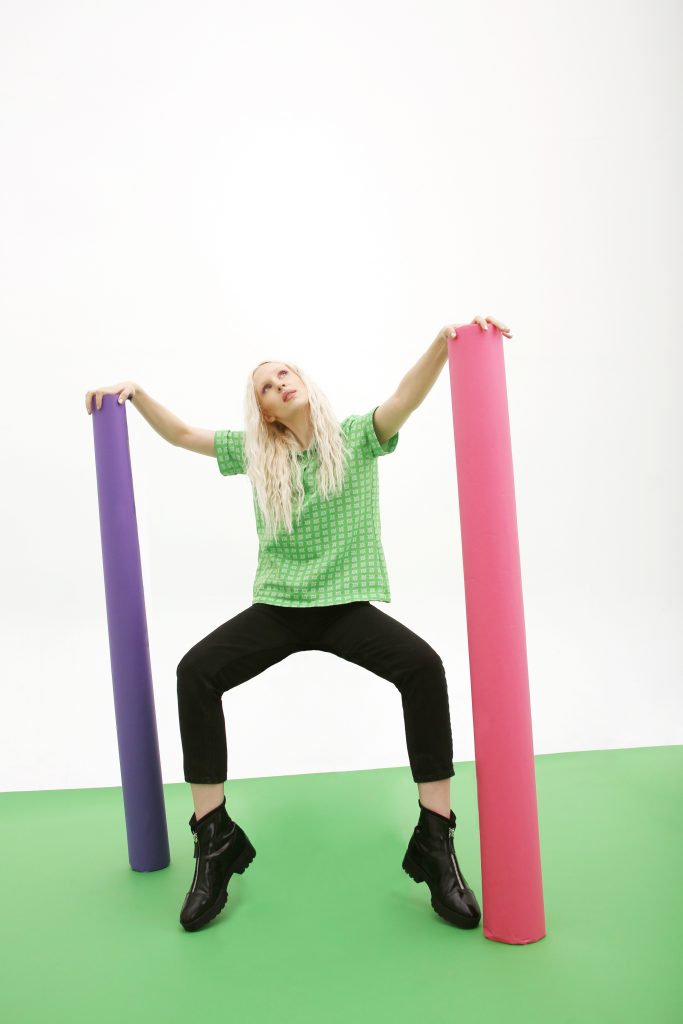 It was a year later before their paths crossed again, when Darren invited the Eisley crew to a bonfire at his house following their show at Rocketown in 2008. By then, Stacy’s relationship had ended, leading Darren to give her what he calls a “very strange” Hail Mary: a drawing of some frogs and a demo featuring a vocal track that Stacy had shared with him while they were on tour. That song, an unreleased track titled “Kiss from Mars,” was effectively the birth of Sucré.

As the two began their relationship, they carried on with their own bands—Stacy with her family in Eisley and Darren with Mutemath. Darren moved to Tyler to be with Stacy; they married and started a family, but they also continued to press onward under the pressure of label contracts and living the dream. Sucré, a project separate from the bands Darren and Stacy had been in for more than a decade apiece, was something of an escape hatch from the mainstream music industry.

“I’ve been thinking a lot about all of the unhealthy parts of the music industry, and the dream for Sucré initially was to not fall into those traps. And the ambitions were never for it to be world dominating,” Darren says. “It was just a fun little side project, but it was good.

“As time went on, we found Sucré to be a safe place for us to try and make music without the stress of it being our business,” he continues. “That was the kind of idea, that it was built to be just fun. That taught me a little bit more about what it’s supposed to feel like to make music and to write it.”

The duo, with collaborator Jeremy Larson, who helped produce Darren’s Hail Mary demo, released their debut album, A Minor Bird, in 2012. It’s a plucky pop record that acts as a showcase for Stacy’s voice, with songs like “No Return” and “Chemical Reaction” bidding the listener into intimate corners. It’s completely different from the music the two made in Eisley and Mutemath, with clever orchestration and lush strings pushing the vocals into a quiet sort of grandiosity.

“I think it was especially hard for me to let go of that [Eisley] chapter of my life,” Stacy says. “It had been since I was a kid. Like ten years old, I played my first show and then fourteen, [we] did our first tour. It took me a little bit. But, you know, I was still happy to be collaborating with [Darren] and making music together. It was kind of like this side outlet for me. And then it kind of took over [and it’s] like, wait: I feel like this is more who I am, you know?” 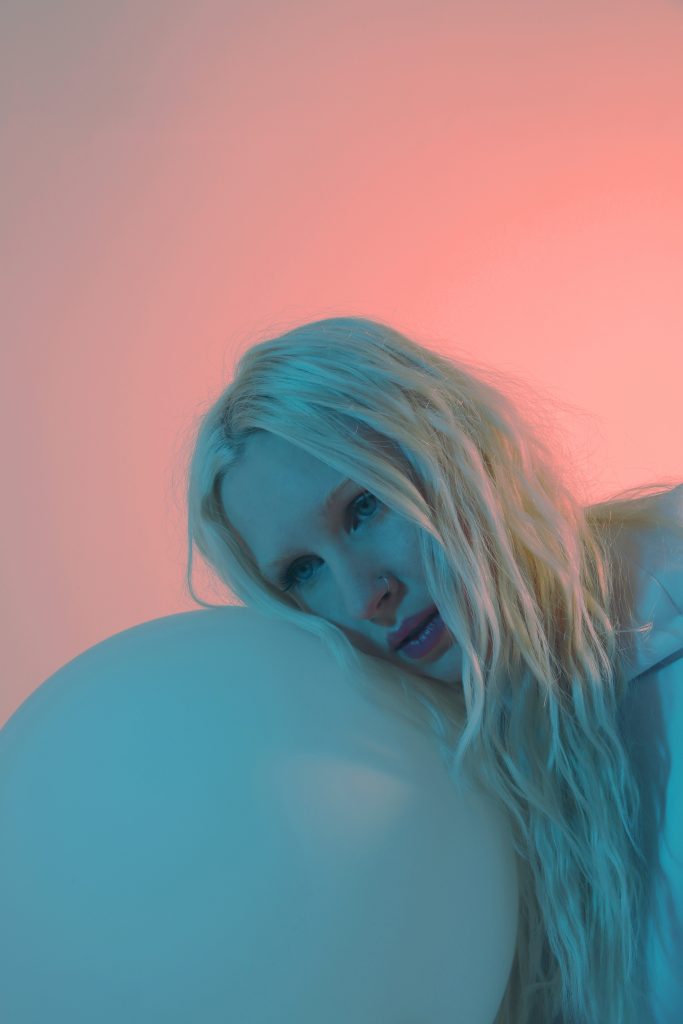 Evidently, Darren felt the same way. He parted ways with Mutemath, a gig that had him on the road for six months out of the year, in 2017. Since then Sucré has become a new kind of family band, different from the family band that Stacy literally and metaphorically grew up with. It’s a more mature, adult version, the kind of family that you choose and work to improve, where the moving parts and responsibilities of maintaining that family are more visibly apparent. Sucré tracks are recorded almost like love letters, with Stacy singing over the bones of tracks that Darren produces, each taking turns in musician and parent modes until the song hits its point of perfection. It’s a sustainable way to be artists without sacrificing their duties as partners and parents.

This kind of work-life balance applies to the release of their sophomore record, an album seven years in the making. Starting in March with “Roof,” the duo will release a new song every month on the first Friday of the month, leading up to a compilation of those singles on a limited vinyl record at the end of the year. If this model works, they hope to do it forever, shying away from the world-conquering aspirations that drove their previous bands.

“I’ve heard that quote, ‘The prerequisite to good art is cheap rent.’ Because you can’t be scared. And that is a big part of the stress we feel consistently—making sure that our kids’ quality of life does not suffer just because we have a dream of being musicians. And it’s okay if part of the dream has to die,” Darren says. “And if maybe that part of the dream is that you’re super successful or really famous, maybe that part should have died a long time ago. And it’s even hard to let go of that. But I think we’ve done that to some degree slowly over the last few years, and now we just want to do something we love and be great parents.”

This may not be the dream that most rock bands aspire to. After all, Stacy and Darren’s goals are relatively modest: to be good parents, to maintain their relationship, to continue creating music without compromising their artistic vision. But Sucré’s plan for a success that suits the sustenance of their family is, if anything, more admirable than a grand plan to sell out Madison Square Garden. In addition to redefining the family band—not as merely a band that contains family members, but as a band that sustains its family’s health and happiness—the Kings are finding their own version of the American Dream. And they don’t intend to stop anytime soon.

“This idea,” Darren says, “if this feels good, I think we kind of just want to pursue that until we die.”