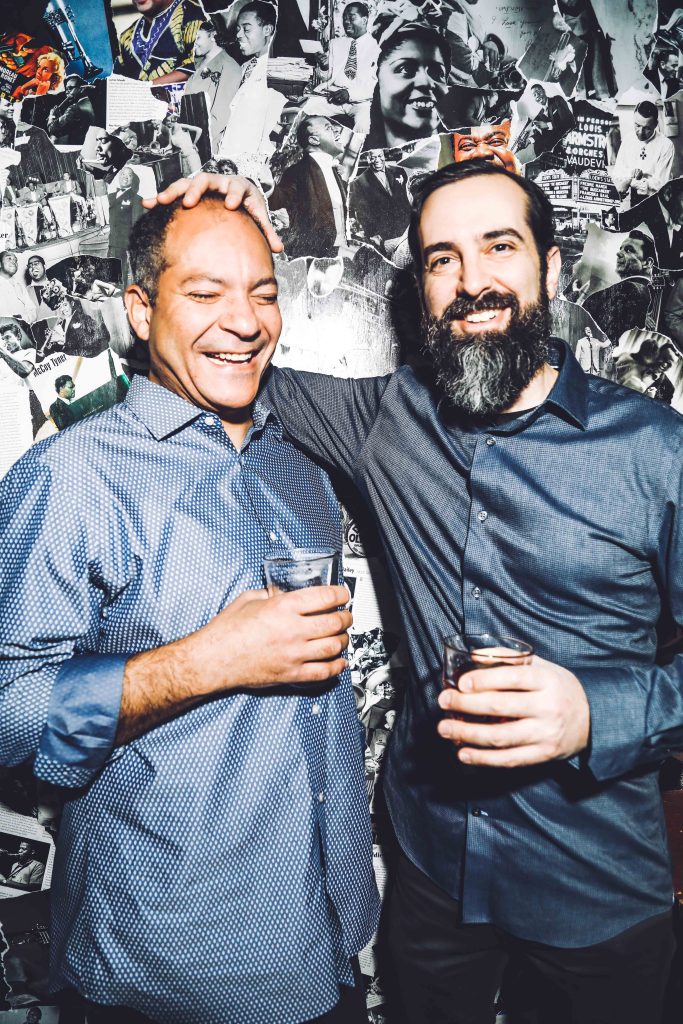 If you’re in a major metropolitan city in North America, odds are you’re not too far from a vestige of yesteryear: a jazz club. Today, jazz clubs are intimate spaces populated with late twentysomethings and early thirtysomethings in horn-rimmed glasses stealing licks from older musicians that look like your neighbor. Until recently, the Nashville jazz musician has been quasi-homeless, convening in houses, churches, and clubs that shut their doors after a few months (it’s a struggle that bizarrely parallels the plight of DIY punk rock scenes). Rudy’s Jazz Room, which opened in the Gulch in May, seeks to stake its claim as the home of jazz in Nashville by pairing music with chef and co-owner Michael Braden’s Creole menu.

Michael Braden and fellow co-owner Adam Charney are lifelong friends. When Braden was seven, his family moved from New Orleans to Nashville and settled next door to Charney’s family. “We played together every chance we got; we were best friends growing up all the way through high school. He went up to New York for college, and I went down to the University of New Orleans, and after a semester or two, we decided to take some time off and rented a place together in Nashville.”

The two eventually parted ways again to return to school. Life has its way of working out, though, and the pair soon found themselves cubicle neighbors at a medical software company in Brentwood. Braden began tweaking a recipe for a seafood pie that his father used to make when he was growing up. “He made these pies for us when we were kids. They were crawfish, a lump of crab meat, and shrimp. He would make a whole bunch of them and freeze them so we would have something to eat while he and my mom were at work during the summer. The cool thing about the pies was that you didn’t have to thaw them—you put them in the oven at 450 degrees for 25 minutes frozen, and they would come out perfect.” 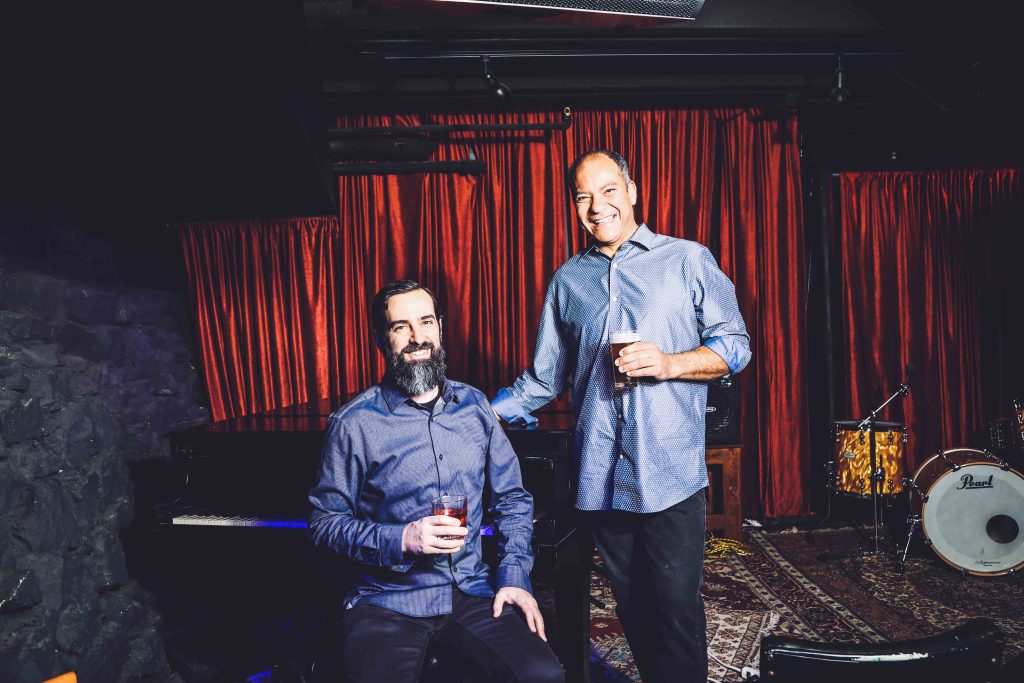 Selling the pies became a fun side business for Braden. What started at farmer’s markets in Nashville and Chattanooga eventually expanded to being stocked locally at Whole Foods in Nashville and Franklin. “I leased a commercial kitchen to start cooking in and got all of the certifications that I needed. After a couple of months, they wanted the pies in their stores throughout the Southeast. That was awesome, except I was making them all by hand, and it started to take up too much of my time. I didn’t want to sacrifice the quality of the product.”

Braden and Charney became disillusioned with the direction of the software company and the corporate world in general and wanted out. The natural fusion of Braden’s culinary talent and Charney’s passion for music led to the idea of starting a jazz club. To Charney, this was the right time to fill the city’s jazz venue void. “I think Nashville is now at a point to where it can support something like a jazz club. We have around a hundred people moving here every day. We’re an It City that’s building. It can support a jazz club if you do it right.” An idea turned into a forty-page business plan that took on a life of its own.

Rudy’s is named after the late Rudy Wooten. His brother Victor, a virtuoso bassist known for playing in Bela Fleck and the Flecktones as well as his solo and instructional work, learned a lot from playing in a family band with his older brother: “He was always our horn section. As far as I can remember back, he was playing two saxophones at one time. He would play a C melody saxophone and he would also play an alto, so he could play these funky horn lines harmonized or in unison. It was amazing. At the same time, he could also play jazz like Charlie Parker.” Coming of age in the ’70s, the band naturally played the music of the day with prominent horn sections, like Chicago, Earth, Wind & Fire, and Tower of Power.

Rudy was also a regular collaborator with Charney, who is a guitarist. “We had a special bond. We would play together a few times a week for years, and he was a really close friend of mine. I was talking to my brother when we were still working on the business plan, and he suggested that we called it Rudy’s. That’s when it really gelled for me. It was personal to me, and it’s also honoring the Wootens and what they’ve contributed to Nashville’s music scene. They’ve inspired so many people.”

Rudy’s soon became a passion project as Braden, Charney, and their families put their blood, sweat, and tears into cleaning out the space and curating the room. Collectively, they built a bar, scoured antique stores for eclectic furniture, painted walls, and dialed in lighting, amongst a million other meticulous tasks.

Charney took cues from his experiences in New York, specifically Smalls Jazz Club in Greenwich Village. “It’s the same shaped room. I designed the stage after Smalls—I wanted a really low stage so that you feel more connected with the musicians. You become a part of it.” 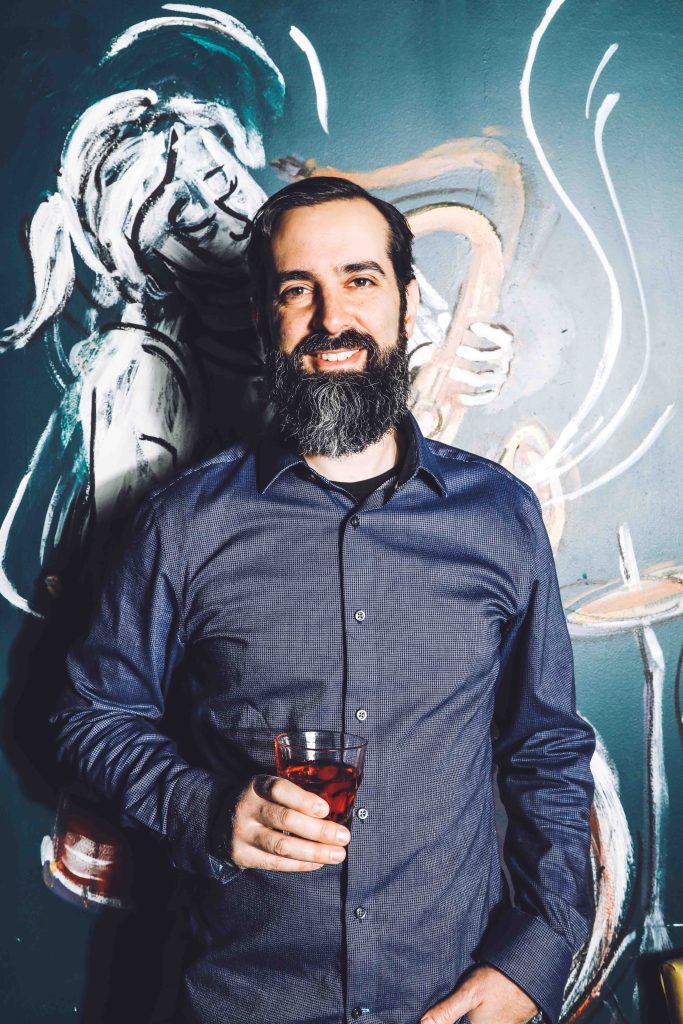 Creating the right vibe for a venue is almost like the task of creating the vibe for a house of worship: you want it to be a place that puts you in a certain frame of mind and alters your perception. On the right night, a band in the right set and setting can jubilantly improvise and create an experience for the listener that verges on sacred.

Part of what adds to that vibe at Rudy’s is a Steinway piano that was funded via Kickstarter. Supporters helped clear the goal of $40,000, with the excess going toward quality sound reinforcement for the club.  “It attracts the serious jazz artists in town. It’s a real-deal piano,” says Charney.

Jazz is an umbrella term in our day and age, and Rudy’s welcomes different styles that live in that world. The inclusion of swing and salsa sometimes leads to an unfamiliar sight for modern eyes: dancing in a jazz club. While Rudy’s does function as a listening room for the right combos and a home for bebop and modern jazz players, it’s nice to see a jazz club that can mix it up and be fun for civilians too. “Our vision is working,” says Charney. “We see a really diverse audience on any given night: older, young, black, white, Latino. The biggest thing now is getting the word out about it.”

Braden and Charney’s goal is to eventually expand to booking national acts, and they recently hired local drummer (and a pretty bad motherfucker of one at that) Nioshi Jackson to help to that end. In the meantime, they’re open seven nights a week, hosting music late into the night. 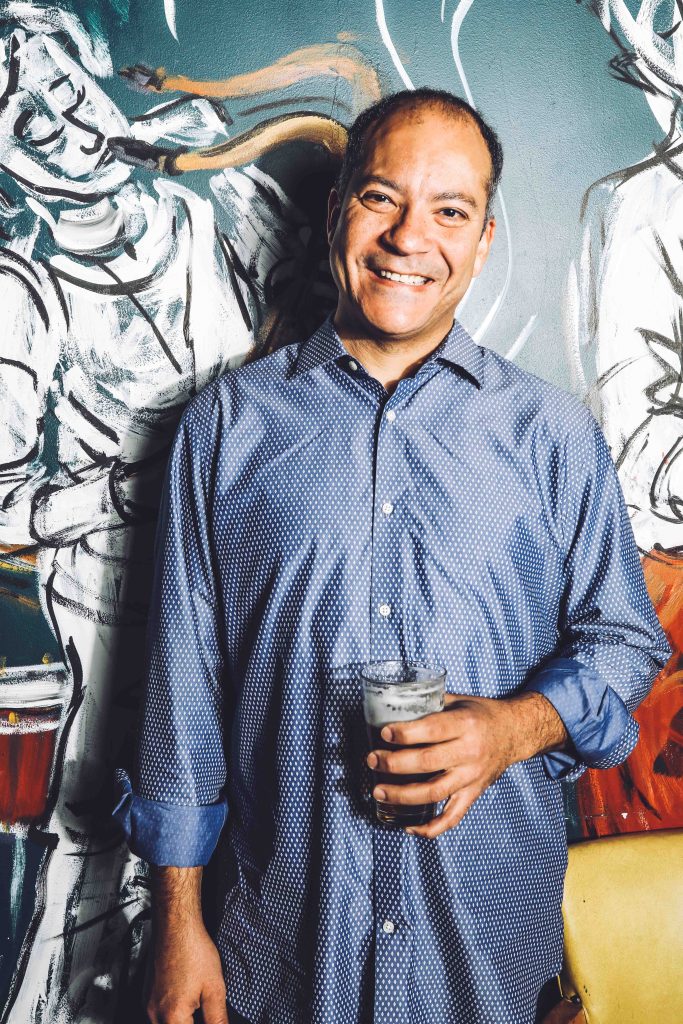 That’s an exciting prospect for Nashville, especially because there are more jazz players lurking here than one would think. Nashville’s session elite, players you would associate more with Alan Jackson than Art Blakey, are often comfortable—and pretty damn good to this writer’s ear—in a jazz setting. Charney and Wooten both agree that what generally sets Nashville jazz musicians apart from players in other cities is this type of versatility. Plus, while the cost of living in Nashville is still rising, it’s still cheaper to live here than New York City or LA, and we have more general opportunities for said versatile musicians than a place like Kansas City or Chicago.

Rudy’s looks to become a fixture in this diverse musical landscape—a landscape where one can see an indie show at a dive, Western swing at a honky tonk, and geriatric rockers out on perpetual farewell tours at Nissan Stadium all in one night. At times, a show at Rudy’s can be a nice change of pace for musicians and patrons alike. It’s a place where you can experience uniquely American food and music that provide some much-needed nourishment for the 21st-century soul.